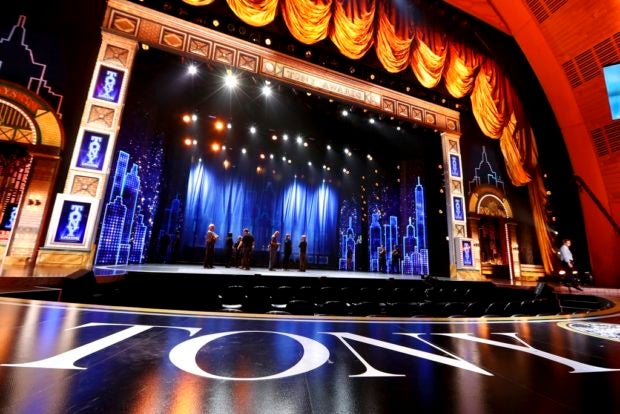 View of the stage at the 72nd annual Tony Awards at Radio City Music Hall on Sunday, June 10, 2018, in New York. (Photo by Michael Zorn/Invision/AP)

NEW YORK — A heroic drama teacher who nurtured many of the young people demanding change following the February school shooting in Parkland, Florida, has been honored at the Tony Award stage.

She then later encouraged many of her pupils to lead the nationwide movement for gun reform, including organizing the March For Our Lives demonstration and charity single “Shine.”

Members of Herzfeld’s drama department then took the stage to sing “Seasons of Love” from “Rent.”