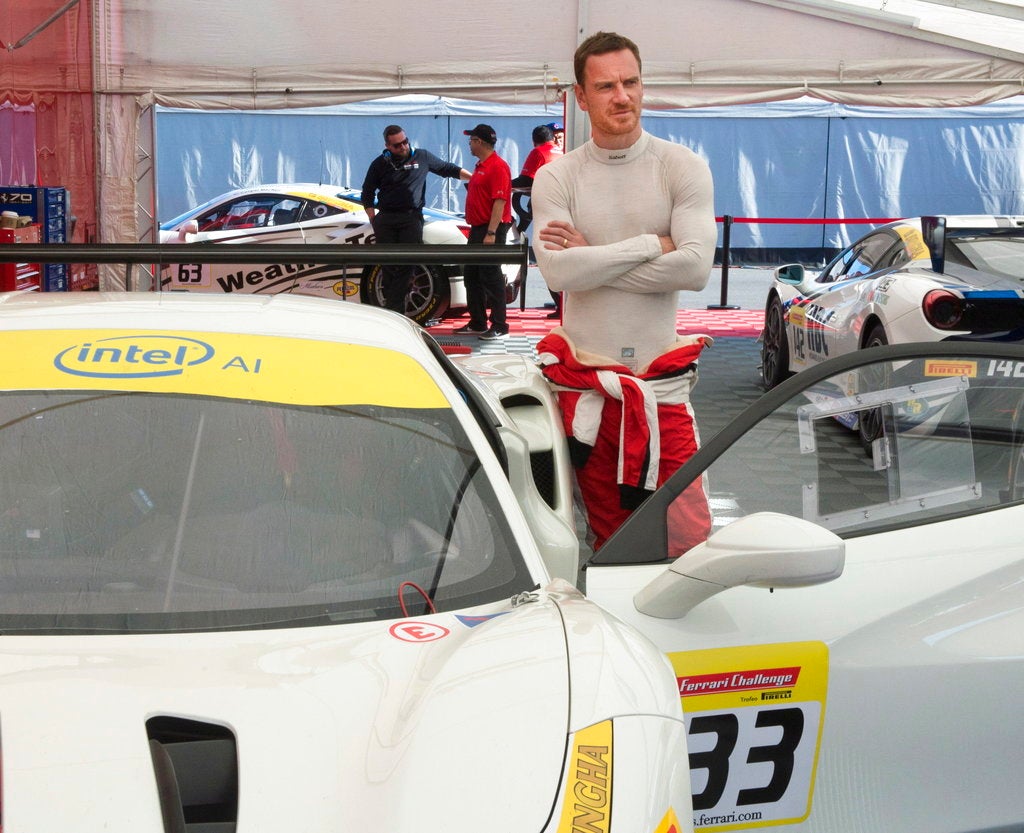 Michael Fassbender thought he was going to be sick.

But the two-time Oscar nominee was not in front of the camera in a demanding new role.

The stage fright was a totally new experience: He was moments away from racing a car for the first time.

“I was extremely nervous, to the point that I was in the toilets,” Fassbender told The Associated Press in a telephone interview. “I thought I was going to throw up. I didn’t, but I was very close.”

That was last year, when the amateur driver made his debut in the Ferrari Challenge series.

“You’re racing nose-to-bumper at high speed,” Fassbender said. “The Ferrari cars have an awful lot of horse power. If you lose the back end you have to catch a tow quickly, or you leave the track.” 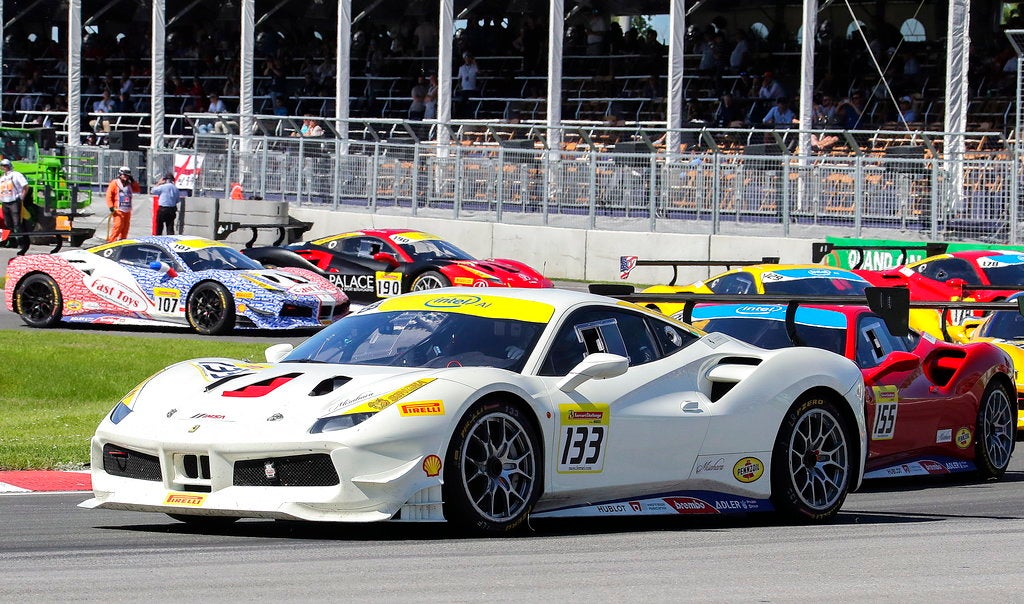 He clinched his first podium the same year, a third place at the rain-soaked Mosport race in Ontario, Canada.

“Emotions were bubbling up inside of me when I approached the line. Thankfully my coach hadn’t told me my position, but I knew I’d passed a lot of cars.”

Like a method actor, Fassbender thoroughly prepared for a wet race in Canada by practicing on the Nuerburgring track in Germany, one of Formula One’s famed tracks. 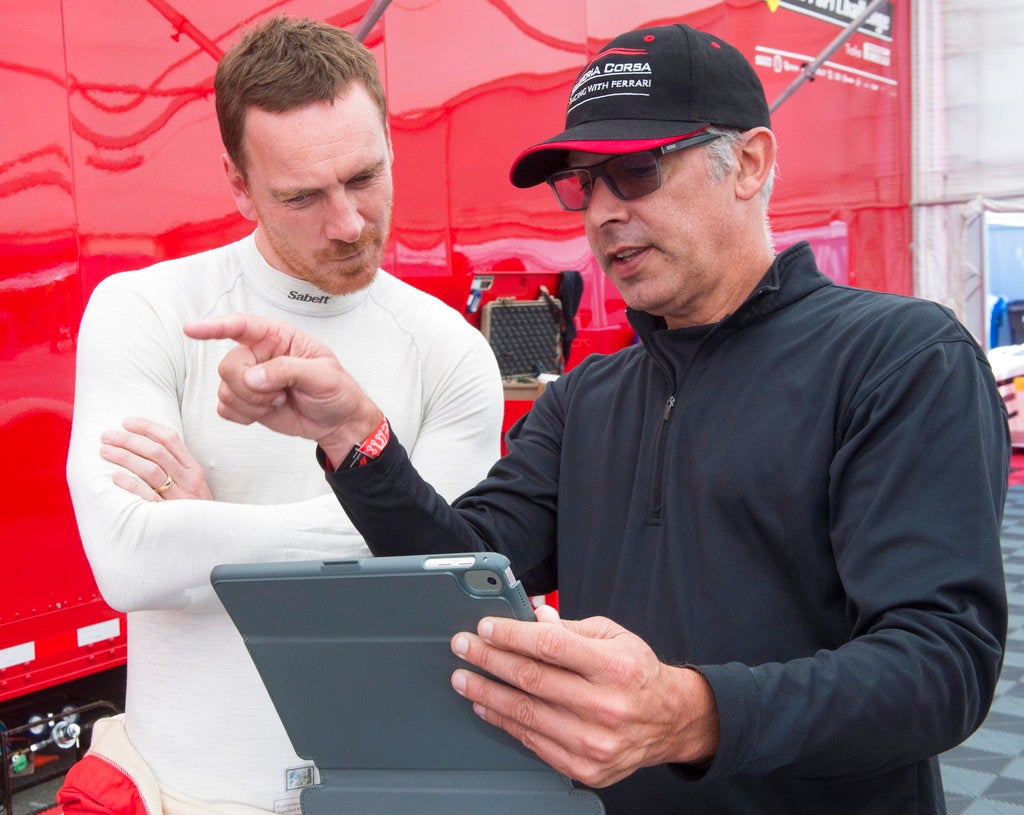 “I had a really great coach who taught me to drive in the wet, and to take a different racing line,” the 41-year-old Fassbender said.

In January, he was first at Daytona, following that up with a second place and a third place at other races.

This weekend, Fassbender was competing in the Ferrari Challenge in Montreal, parallel to the Formula One grand prix there. There was no podium finish for Fassbender on Saturday, however, after he was clipped from behind early on. But he has a chance to make amends in another race on Sunday.

Wherever he goes, the German-born Irish actor is popular worldwide. He was nominated for Oscars for his roles in “Steve Jobs” and “12 Years a Slave,” and is instantly recognizable from X-Men films.

As a lad growing up back home in Ireland, however, he had only eyes for F1. 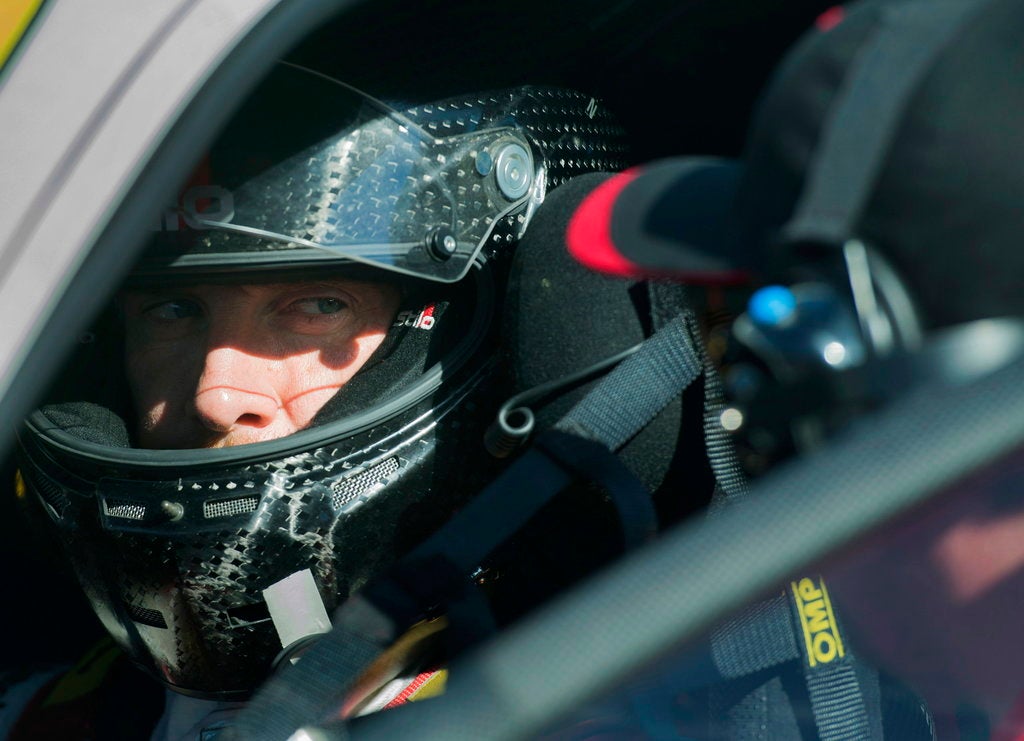 “I got into Formula One through my grandfather, around ’88, ’89. Ayrton Senna was his hero, and then Michael Schumacher became my hero,” Fassbender said. “I always loved cars. I couldn’t wait to get my drivers’ license, counting down the days until I was 17.”

Fassbender’s first F1 race as a spectator was the 2006 Monaco GP — during seven-time F1 champion Schumacher’s last season with Ferrari.

After Schumacher, who won a record 91 races, came out of retirement in 2010 with Mercedes, Fassbender met him.

“Schumacher invited me to be his guest in Monaco,” Fassbender recounted. “I was on the grid with him there, which was a real highlight for me, a special experience.”

Fassbender has a fondness for F1 tracks with mythical status. He wants to visit Spa, home to the Belgian GP and nestled in the Ardennes forest with some of F1’s most unstable weather conditions.

“It’s one of those old-school race tracks, the margin of error is very slight. Back in the Jackie Stewart, Jim Clark days, it was even more treacherous and a lot more demanding.”

The intensity was immediately irresistible.

“I got to test on the track, 66 laps,” Fassbender said proudly. “I was in at the deep end. An absolute dream from childhood.”

He is not the only actor to discover a passion for racing after movie stars like Steve McQueen and Paul Newman.

“Patrick has been so great for me,” Fassbender said. “He always texts me at race weekends, asks me how I’m doing, and gives me really solid advice.”

When the two met on a flight from Los Angeles to London, conversation came spontaneously.

“He was sitting in the seat behind me, we just talked about racing,” Fassbender recalled. “There’s a lot of camaraderie and honesty in racing which I’m drawn to. It’s a very humbling sport.” NVG