Yes, the original Sanggres will be back soon 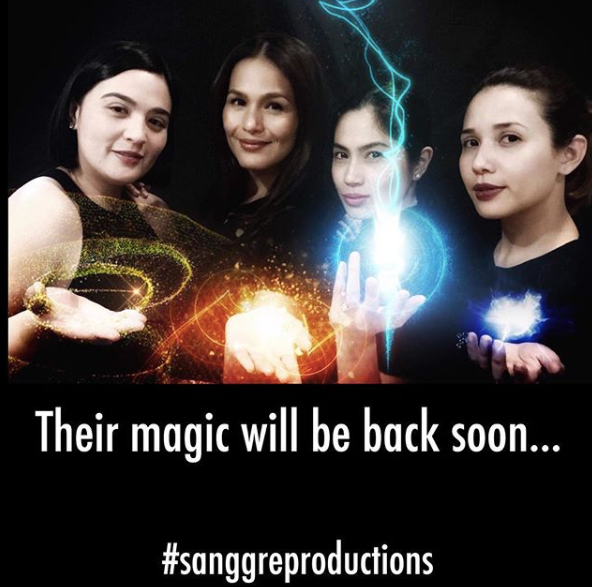 This was confirmed by “Encantadia” director Mark Reyes through a Instagram post with the caption, “Their magic will be back soon…”

The original sanggres were Sunshine Dizon, Iza Calzado, Diana Zubiri and Karylle. They hit off television with one of the most ambitious projects of GMA network ever. 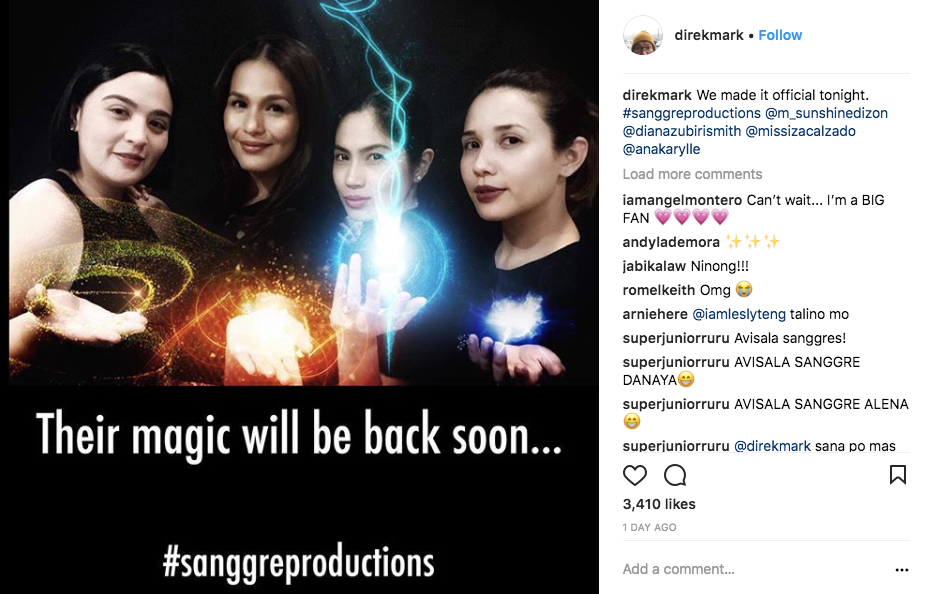 Fans of the popular series were thrilled to learn of the news with some even thinking that Calzado and Karylle might move back to GMA. Reyes immediately clarified that this is not a television series.

The original version of Encantadia enjoyed sky-high ratings when it was first aired in 2005. They gave life to the iconic characters of Amihan, Danaya, Alena and Pirena respectively. Among the other cast members were Dingdong Dantes, Jennylyn Mercado, Yasmien Kurdi, Polo Ravales, Alfred Vargas and Pen Medina among others.

Over a decade after, it was remade by GMA in 2016 and the lead roles were revived by Kylie Padilla, Gabbi Garcia, Sanya Lopez and Glaiza de Castro.    /muf