Kris Aquino affirms to Mocha: ‘You’re right, I am a queen’ 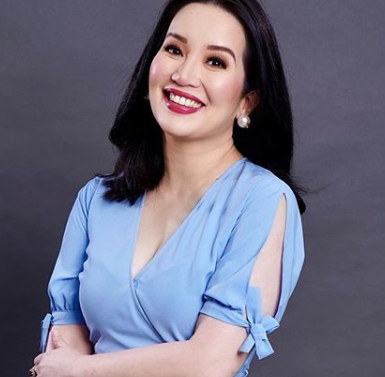 After slamming Presidential Communications Operations Office Assistant Secretary Mocha Uson over the latter’s analogies and points of view on her parents, former presidential daughter Kris Aquino now affirms to Uson, “You finally got something right, I am a queen.”

This was in response to Uson’s June 8 post clarifying that she and Special Assistant to the President Bong Go are in good terms and the issue between her and Aquino did not taint their relationship at all.

Noticeably in Uson’s post, she called out for an end in this issue and for everyone to just “move on.” 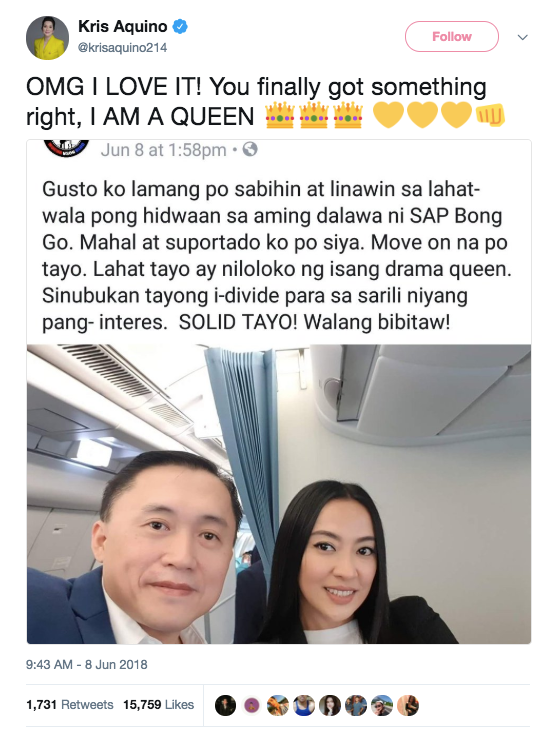 Also, contrary to Go’s earlier statement that Uson has agreed to apologize to Aquino, the former sexy star still stood her ground and declined to do so. Evidence to this is again obvious in her statement on social media when Mocha called the actress a “drama queen.”

In a rare live appearance, Aquino recently appeared in an interview made by veteran showbiz columnist Cristy Fermin on her showbiz program “Cristy FerMinute.”

There, Aquino detailed why she cried foul on Uson for dragging her late father, Martial Law martyr Sen. Benigno “Ninoy” Aquino Jr. into the controversial kiss of President Rodrigo Duterte to an overseas Filipina worker for purposes of comparison.

As both parties aired their points, no one stepped down. However, both camps have expressed their desire to end the issue that’s been the talk of town for many days now. /jpv