Kathy Griffin to be honored by West Hollywood for LGBTQ activism 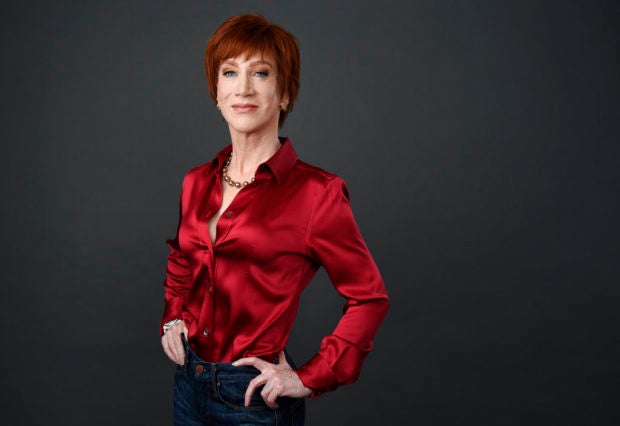 FILE – In this March 22, 2018 file photo, comedian Kathy Griffin poses for a portrait in Los Angeles. Griffin will be honored Tuesday, June 5, by West Hollywood for raising more than $5 million for HIV/AIDS services and LGBTQ causes. (Photo by Chris Pizzello/Invision/AP, File)

WEST HOLLYWOOD, California — Kathy Griffin will be honored Tuesday by West Hollywood for raising more than $5 million for HIV/AIDS services and LGBTQ causes.

The city will present Griffin with a Rainbow Key Award as part of an annual ceremony honoring individuals who have made contributions to the LGBTQ community.

Griffin is in the midst of a comeback following the uproar after she posed for a photo shoot while holding a fake severed Donald Trump head in May 2017.

Griffin apologized, but later retracted it.

The comedian addressed the fallout of the image, which included death threats and lost jobs, in an interview with The Associated Press in April before she embarked on a North American tour.

West Hollywood is a city of 36,000 between Los Angeles’ Hollywood neighborhood and Beverly Hills. MKH

Kathy Griffin to do new shows, 9 months after Trump photo

Kathy Griffin apologizes for Trump photo: ‘I went too far’