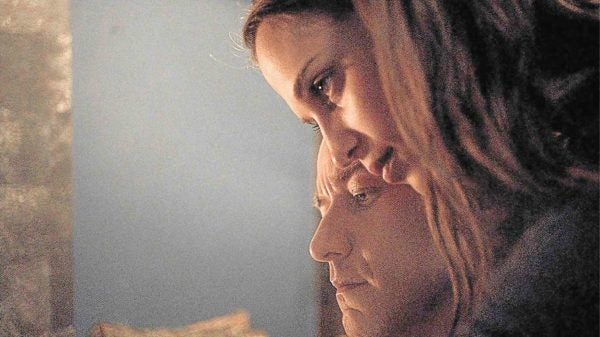 Like the Cannes-winning auteur (Wim Wenders) who helmed it, “Submergence” refuses to pander to mainstream cinema’s lazy penchant for been-there, done-that repetition as it examines how its themes about isolation and connection play crucial roles in the love story of Scottish spy James More (James McAvoy) and biomathematician Danielle Flinders (Alicia Vikander).

The romantic thriller isn’t something you see when you are tired or aren’t ready to pay full attention to it, because its contemplative, slow-grinding pace will test viewers’ patience.

It follows the life-or-death and make-or-break moments in the lives of two people who find comfort in the memories of their intense but unfinished romance in the French suburbs one Christmas.

Danny is about to embark on an underwater adventure. She’s preparing for a perilous deep-sea dive in a submersible craft that will take her to the largest uncharted hydrothermal vent field in the world, far below the “plunging icebergs and blue-black top” of the Greenland Sea.

James’ situation is more urgent. He has been captured by jihadists in Somalia and is being held in a room with no windows—and with no help in sight!

When he isn’t being tortured by his brutal captors, James’ only source of human interaction is the distant doctor who treats his wounds and keeps him alive. The latter sees “medicine as mercy, and jihad as duty.”

The film takes its time to tell James and Danny’s individual stories while establishing the humdrum routines that suddenly come to pulsating life when their paths cross unexpectedly.

Thankfully, Alicia and James are no slouch at what they do, so they’ve got their work cut out for them as they vivify their situations with persuasive actions and clearly limned motivations that keep viewers rooting for them.

The couple’s future is in peril, but the profound connection they share keeps them going and gives them something to look forward to.

Indeed, love in its purest form is a force to reckon with. In James and Danny’s case, it is the unquantifiable power that lets their love exist in the cracks.