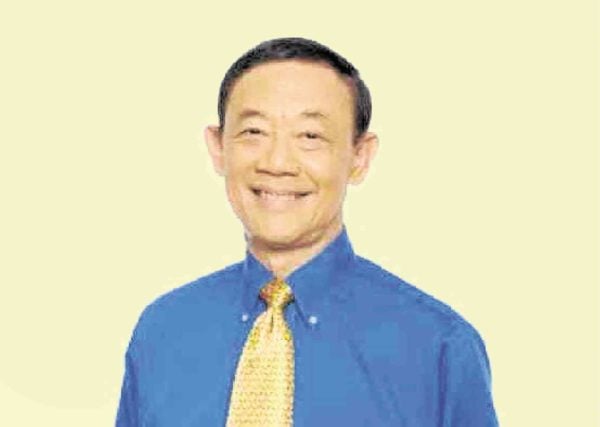 Jose Mari Chan couldn’t have asked for a better music career. To his name are a handful of enduring hits, diamond-certified records and Christmas tunes that have become almost synonymous to the occasion itself.

But the iconic singer-songwriter has a long-standing dream he hopes to fulfill, he revealed: Creating his own musical—one that will shine light on his heritage.

“I have been raring to come up with something that will portray the story of Chinese immigrants, who tried their luck here. Many of the Chinese-Filipino taipans actually came from poor families in China,” said Chan, whose father came to the Philippines from Fujian when he was only 13 and with barely any money.

The idea struck, Chan related, after watching “Miss Saigon” years back. “It has been taking so long, however, because I haven’t found a librettist yet… But I do have the story,” the 73-year-old musician told select writers at a gathering that honored everyone who worked on his “Going Home to Christmas” album, which is now double platinum.

In any case, with such classics as “Beautiful Girl,” “Please Be Careful with My Heart” and “Can We Just Stop and Talk a While,” his place in the local industry, without a doubt, is already secure. It wouldn’t hurt, though, Chan surmised, if he could introduce his work to the young music fans.

“Last year, ABS-CBN organized a tribute show for me, with younger singers like Jona and Juris Fernandez performing my songs. And then I thought that, maybe, one of the ways to perpetuate my music is to have them covered or revived by such artists,” he related.

Chan is also thankful that his compositions continue to get considerable exposure today by being used as teleserye themes. “Of course we had ‘Be Careful with My Heart’ and now you have ‘A Love to Last.’”

And there are his holiday songs, “Christmas In Our Hearts” and “A Perfect Christmas,” which become inescapable in the “Ber months.” He has become an internet meme, and has been nicknamed the “King of Christmas.”

With a double-platinum certification (platinum is 15,000 copies sold, going by the current standards of the Philippine Association of the Record Industry), “Going Home to Christmas,” which was released in 2012, isn’t the phenomenon that was his 1990 album, “Christmas In Our Hearts,” which reached double-diamond status (over 800,000 copies sold) at a time when a recording artist needed to sell 40,000 copies to achieve platinum status.

Still, it was imperative for Chan that he thank the more than two dozen artists he worked with for “Going Home,” including Moy Ortiz, Ogie Alcasid, Ria Osorio, Gerard Salonga, Louie Ocampo and Trina Belamide.

“Going Home” could very well be his last Christmas album. After all, Chan quipped, he can only write so much about Christmas. “What else can you say? I would only be repeating myself—kulang na lang I write about Santa Claus!” he said, laughing. “And as much as I would love to write about snow, the only snow I knew growing up is cotton!”