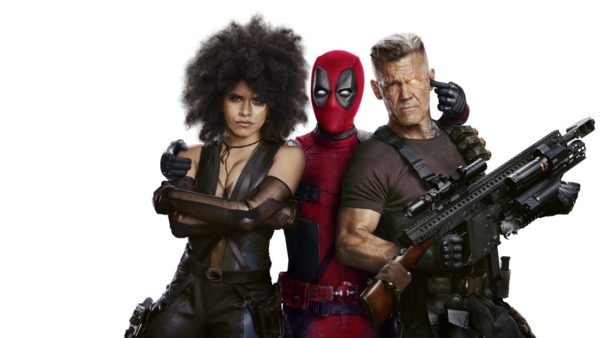 Over-the-top cynicism, too much inside jokes and constant poking fun at Marvel comic book characters are three reasons why I did not get to fully enjoy ‘Deadpool 2’.

These things kept distracting me.

Throughout my movie experience of watching ‘Deadpool 2’, I could feel that all of these things hurt ‘Deadpool 2’ from being more memorable than the first movie. The very same reasons that make Deadpool such an unusual, loony, bizarre, popular and loveable Marvel comic book character are the very same reasons likewise why you could also be turned off–they are all too much.

Moderation should have been the key here and to not overdo things to the point that the movie feels too silly and weird already. At one point, I felt like I was watching a movie inside a movie because this is the most “self-aware” movie from the Marvel Cinematic Universe I have ever seen. “Self-aware” meaning Deadpool knows he is in a movie and he sure makes this known to the moviegoers many times over.

It can’t be denied that the departure of the original director of ‘Deadpool’, Tim Miller, due to creative differences with Ryan Reynolds really hurt this movie’s potential to surpass the first one in terms of enjoyability. Tim Miller wanted to focus more on the action, visual appeal, and unique style that the first Deadpool movie had loads of. Contrary to those, Ryan Reynolds wanted the sequel to focus more on the sick and crude humor and all that other stuff.

Also, what a waste to kill off instantly in such an awful and tasteless fashion Marvel comic book characters like Shatterstar and Black Tom.

Shatterstar was an original and founding member of X-Force. Black Tom who is a b-level supervillain of the X-Men but had a long history with Professor-X and was an accomplice of Juggernaut. Just for the sake of a few laughs at the expense of these two X-Men characters? They should have been given more screen time.

Instead, they killed them off meaning you will never see these Marvel comic book characters Shatterstar and Black Tom appear ever again in any other X-Men related movie or any other movie under the MCU.

On the bright side, X-Men supervillain Juggernaut was presented well and still looked liked himself somehow even if he had a prison outfit on because they finally got the look of his helmet right although it was not color brown as it was in the comic books. The personality, mutant abilities, and estimated size of Juggernaut they got all right. Finally, moviegoers were treated to an awesome fight between the strongarm of the X-Men in Colossus and the unstoppable Juggernaut.

Now, that was an exciting fight sequence to have these two very popular X-Men characters face off. I believe the writers of ‘Deadpool 2’ were aware that many longtime Marvel comic book fans wanted it to finally happen… the battle between the two behemoths. So, kudos to that.

Another positive point of ‘Deadpool 2’ was the choice of actor Josh Brolin to portray Cable. I know everyone will think of Josh Brolin as Thanos but he was able to pull off portraying two totally different Marvel comic book characters. You would not really think it was Josh Brolin as Cable until Deadpool made the unnecessary inside joke by calling him, Thanos.

Overall, ‘Deadpool 2’–like all movies–has its highs and lows, upside and downside. But, I strongly feel there was so much more that could have been done here given there is a high probability that there will no longer be a ‘Deadpool 3’ because the focus has now shifted to Cable and X-Force. If indeed, this will be the last time that we will see Deadpool in his own solo movie, then more should have been done in the direction and script of this movie.