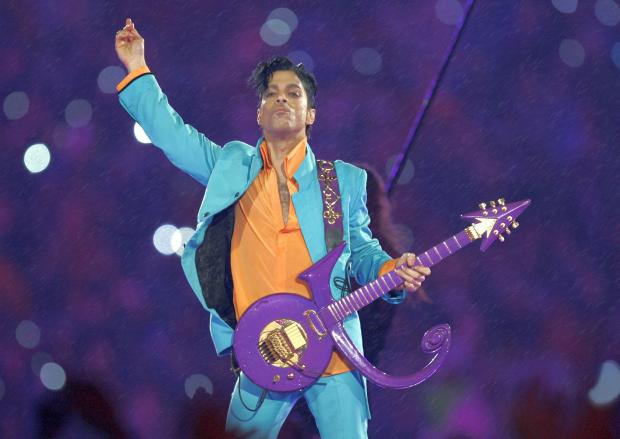 In this photo, taken Feb. 4, 2007, Prince performs during the halftime show at the Super Bowl XLI football game in Miami. Nearly a year after Prince died from an accidental drug overdose in his suburban Minneapolis studio and estate, investigators still haven’t interviewed a key associate nor asked a grand jury to investigate potential criminal charges, according to an official with knowledge of the investigation. (Photo by CHRIS O’MEARA / AP)

NEW YORK  — Music fans looking for a piece of history are going to get a chance to own guitars, outfits and other memorabilia from the likes of Prince, Bob Dylan, George Harrison and others.

A public preview of the items opened on Monday. The auction days are Friday and Saturday.

The first auction day is dedicated to Prince, the musical legend who died in April 2016. The items include a guitar the artist had commissioned, as well as a number of outfits he wore at different performances, and handwritten lyrics.

The second day’s items include guitars played by Bob Dylan and George Harrison, as well as costumes and jewelry. MKH