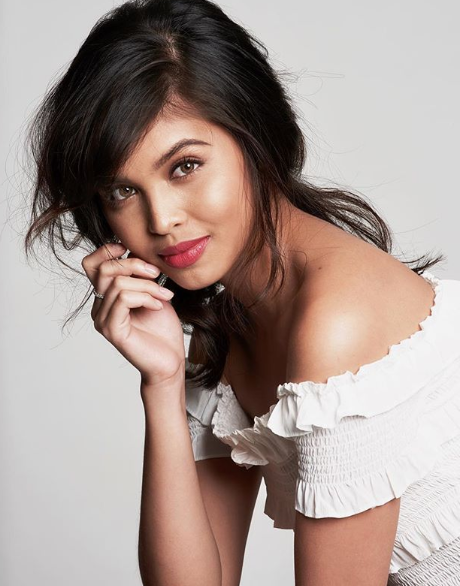 Twitter Philippines has released the first edition of its Philippine Entertainment Index as to the celebrities who topped the site from January to April of 2018. 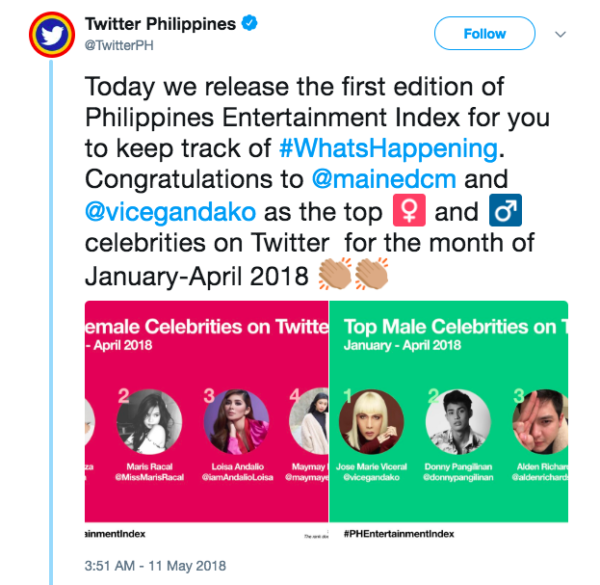 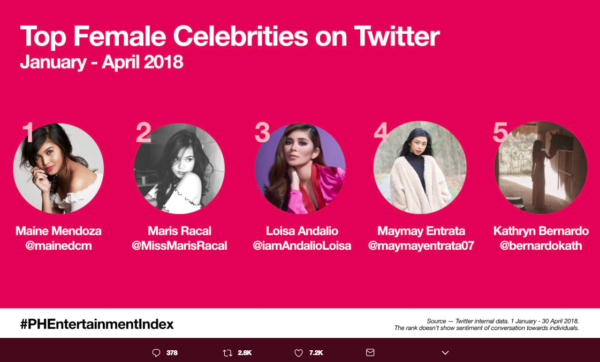 On the other hand, making it to the top 5, apart from Vice Ganda, were Donny Pangilinan, Alden Richards, James Reid and Ronnie Alonte. 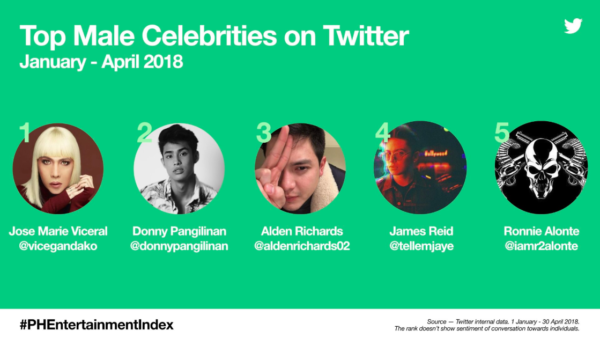 Also, the favorite television series of Filipinos always make their way on Twitter. Five made it to the list, according to their total engagements on Twitter.

As follows, the first quarter of 2018 was dominated by Kathryn Bernardo and Daniel Padilla’s “La Luna Sangre,” followed by Liza Soberano and Enrique Gil’s “Bagani.”

The powerful confrontations on the afternoon series “Wildflower” headlined by Maja Salvador made it to the third spot while Miguel Tanfelix and Bianca Umali’s “Kambal Karibal” clinched the fourth spot.

Making it to the fifth spot is Ruru Madrid and Gabbi Garcia’s “Sherlock Jr.” 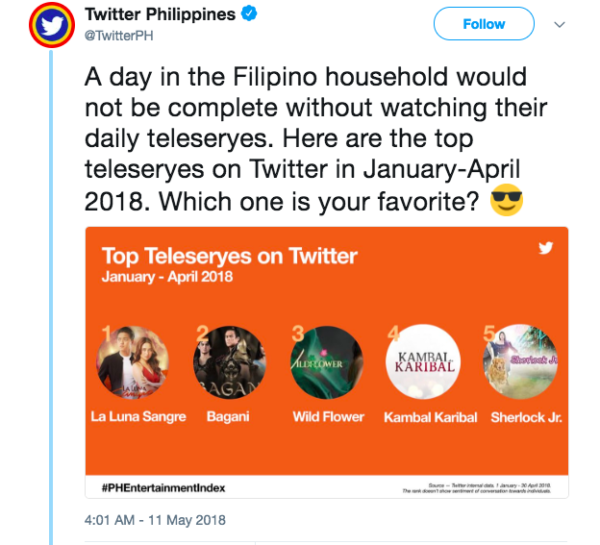 Lastly, the netizens favorite love team who performed well were not exactly too new in the Twitter charts. Of course, the phenomenal love team of Alden Richards and Maine Mendoza remained unbeatable.

Right behind them were Edward Barber and Maymay Entrata on the second spot and Kisses Delavin and Tony Labrusca on the third spot.

It seems that Delavin’s fans are torn as to who they really want for the young actress. She again entered the top 5 but this time with a different love team partner. By the looks of it, some fans want her more with Donny Pangilinan. 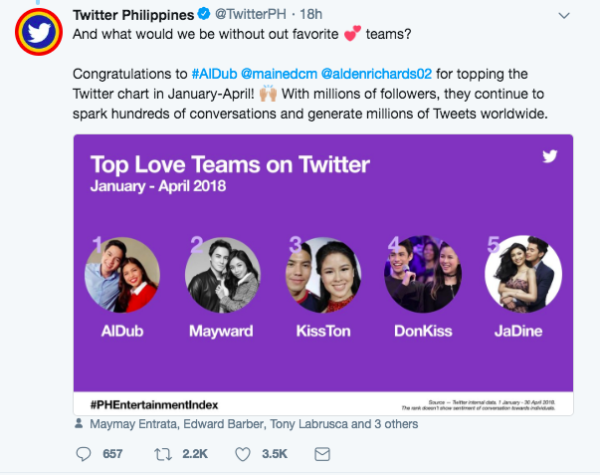