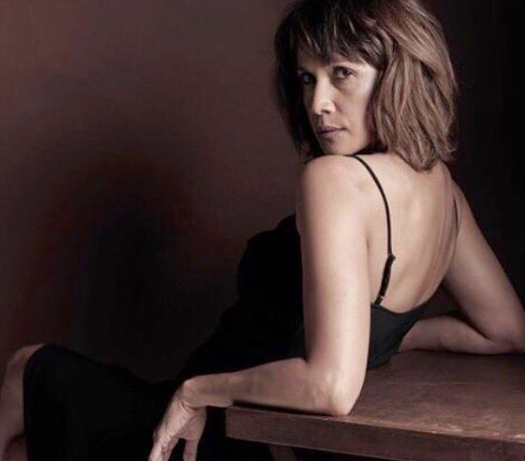 Seasoned singer-actress and vocal administration critic Agot Isidro yet again made herself heard as she voiced out an opinion concerning the country’s present political stir.

Agot was commenting on the recent development at the Supreme Court where the Chief Justice Ma. Lourdes Sereno was voted out of the high court position.

With an 8-6 vote in an en banc session on Friday, Sereno’s appointment as Chief Justice of the Supreme Court is now declared void.

Such development in the country’s judiciary stirred up an influx of reactions coming from the people including Agot who took to Twitter to slam senators who, according to her, already knew such thing was very imminent. 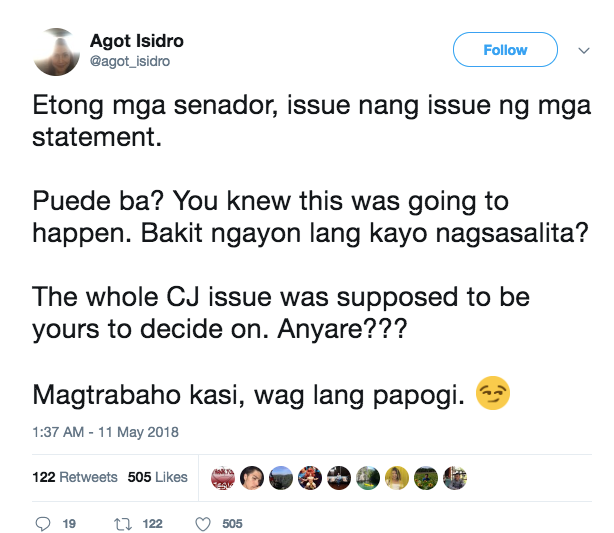 She also lashed at the senators as the whole issue regarding the controversial Chief Justice was supposed to be dealt with at the Senate.

This is not the first time that the singer-actress boldly took a swipe at political figures. Agot once caught the ire of administration supporters when she called President Rodrigo Duterte a “psychopath.”

Even though earning the ire of some people because of her very controversial views and opinion, Agot would always say that she remained unfazed and would still continue to keep her voice be heard. /jpv