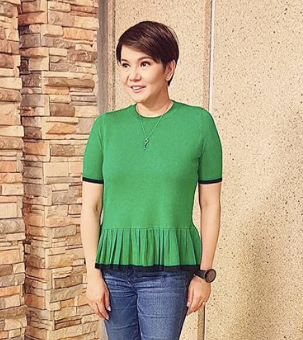 TV host/actress Amy Perez-Castillo vehemently denied having an aide who supposedly heard Kapamilya power belters laughing at pop princess Sarah Geronimo on the latter’s Las Vegas performance for her “This Is Me” concert tour.

Her mystery personal assistant’s involvement came out when some netizens went up to the TV host via Twitter and boldly asked her if it was really her staff who heard Angeline Quinto and Morisette Amon disrespect the pop princess. 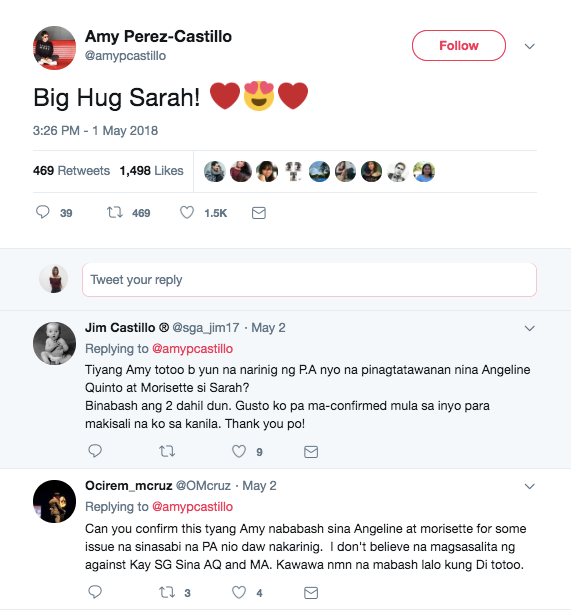 Perez immediately set the record straight and said that the person being referred to as her assistant, does not exist.

“Can I just clear something I don’t have any PA/YAYA or kahit driver wala. I always go to work alone,” 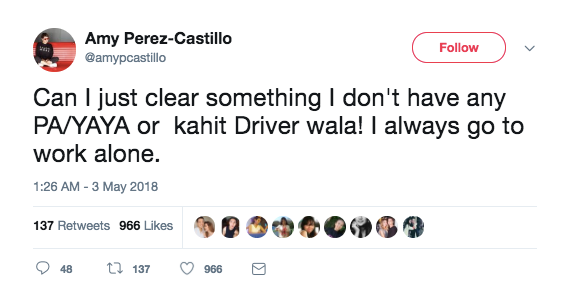 She even offered to guide whoever created such story to she can enlighten him/her with what’s right from wrong. 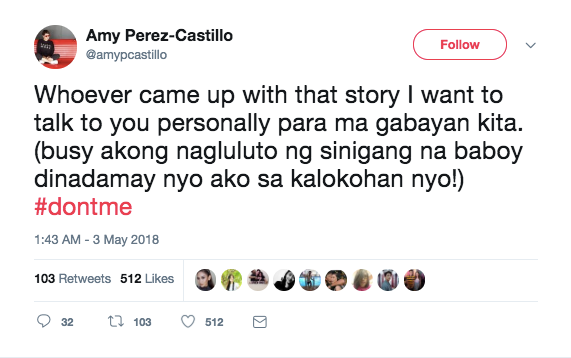 Also, she called out to everyone to stop the hate because at the end of the day such controversy only came out because everyone loves the pop princess. She also pleaded not to drag people into such issues. 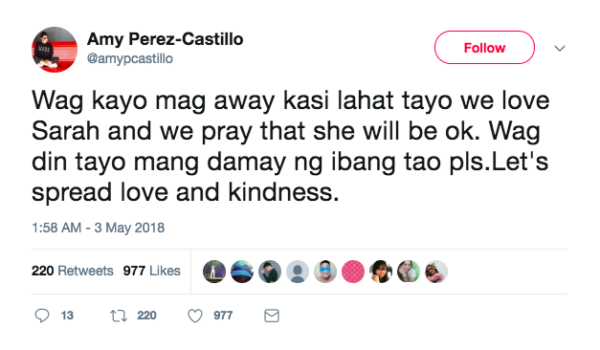 In another tweet, Perez shared a screenshot of a message that elaborated how Quinto and Amon supposedly mocked Geronimo.

In the message, Quinto was said to have laughed at Geronimo and even called her “pabebe” (baby-like) which many people allegedly heard. The incident was said to have happened at the set of “I Can See Your Voice.”

It was Amon who, according to the message, was reportedly heard by Perez’ aide as it happened in the dressing room assigned for ABS-CBN’s early morning news show “Umagang Kay Ganda” (UKG) which Perez hosts.

Apparently, the supposed assistant of the UKG host was a fan of Geronimo and made a face at Amon after the incident.

Here is a full view of the message screenshot.

Perez again denied such allegations especially at what supposedly transpired during the set of UKG. 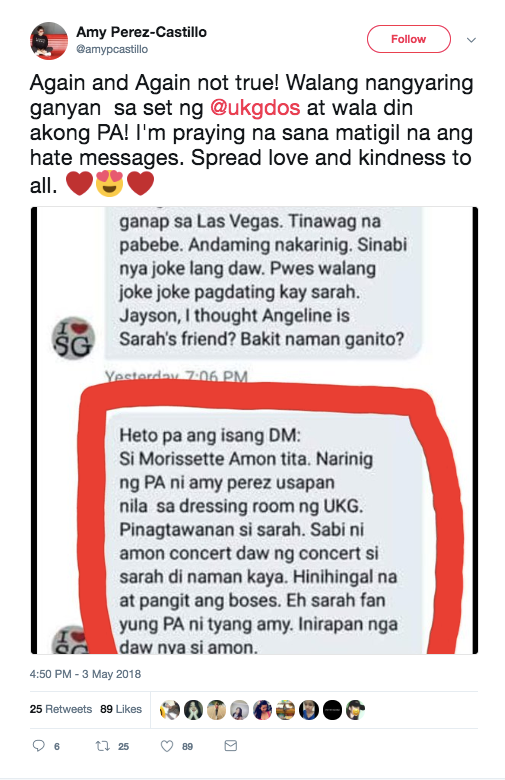 Angeline Quinto and Sarah Geronimo shared the same humble beginnings when they joined the television singing competition “Star For a Night” which ran from 2002-2003.

Geronimo emerged as the grand champion and was since given the title “Pop Star Princess”. Since then, both their careers flourished in the music scene.

Meanwhile, Morisette Amon gained stardom when she joined the reality singing competition “The Voice” in which she was part of Team Sarah. She was often compared to the pop star because of their striking resemblance but Amon has always said she doesn’t mind the comparison and looks at it in fact as an honor.    /muf