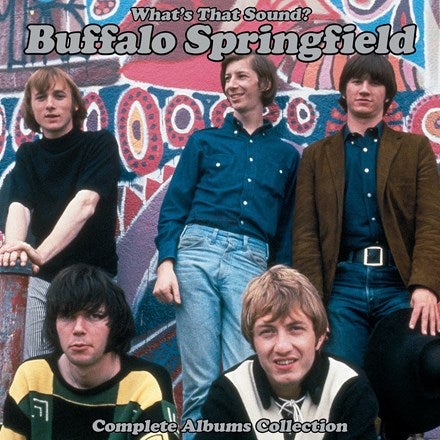 Canadian-American band Buffalo Springfield will be commemorating the 50th anniversary of its final show with a box set featuring newly remastered studio albums.

Buffalo Springfield was born in Los Angeles in 1966, when Canadian musicians Neil Young and Bruce Palmer met up with Stephen Stills, Richie Furay and Dewey Martin. During their tumultuous two years together as a band, they released three studio albums and put out the iconic protest song “For What It’s Worth.”

The band, since inducted into the Rock and Roll Hall of Fame, played its final show on May 5, 1968.

“What’s That Sound: Complete Albums Collection” is available for pre-order ahead of a release on June 29.

A 5LP collection, which is limited to 5,000 copies, will mark the first time the albums have been available on 180-gram vinyl. They’ll be presented in sleeves and gatefolds that faithfully re-create the original packaging, joined by stereo mixes of all three albums and mono mixes of the first two.

The 5LP set is priced at $114.98 (almost P6,000), while a five-CD set will be $39.98 (about P2,000). It will also be available on download and streaming services; high-resolution versions will be available through www.neilyoungarchives.com.

Available to stream or download now is a new version of “For What It’s Worth”, offering a first taste of the remastered sound. Find links here. JB

TAGS: Buffalo Springfield, folk music, For What It's Worth, Neil Young, Stephen Stills