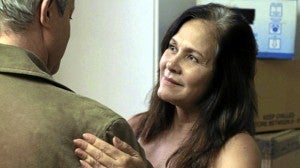 “I couldn’t believe it at first,” said Pilapil of being chosen to work with McKenna, a Golden Globe best actress nominee for the naturalist film “Born Free” in 1966 and a Sir Laurence Olivier best actress winner for West End’s “The King & I,” in which she starred opposite Yul Brynner in 1979. “Imagine coming face to face with an icon in British and Hollywood films. It was really an honor for me.”

In 1956, McKenna received the British Academy for Film and Television Arts (Bafta) Award for best actress for her performance in the film “A Town like Alice.” Two years later, she was nominated best actress for her role as World War II special agent Violette Szabo in 1958’s “Carve Her Name with Pride.”

On the set of “Leona Calderon,” which was filmed in London, Pilapil said she and McKenna became instant friends.

“Although we didn’t talk lengthily, we felt mutual respect for each other,” said Pilapil, who plays a shy, elderly woman who makes a living by cleaning establishments and private homes.

“When I first met Virginia McKeena, I was mesmerized. She was really an angel who would give you peace and comfort,” said Morel of the actress, who has just wrapped up a British film titled “Love/Loss” with Vanessa Kirby, Diana Quick and Keith Michelle. “She even baked a lemon marble cake for me.”

On top of that, she agreed to appear in the film for free.

McKenna, who was featured in “Sliding Doors” in 1998 with Gwyneth Paltrow, said she fell in love with Morel’s story about an overseas Filipino worker in the United Kingdom who was facing a dilemma — whether to come home to the Philippines broke and go through onerous medical treatment for uterine cancer or to stay in London for proper health care for as long as she lives.

Since first reading the screenplay, Morel said, McKenna never had second thoughts about doing the role of an old British woman who was abandoned by her family.