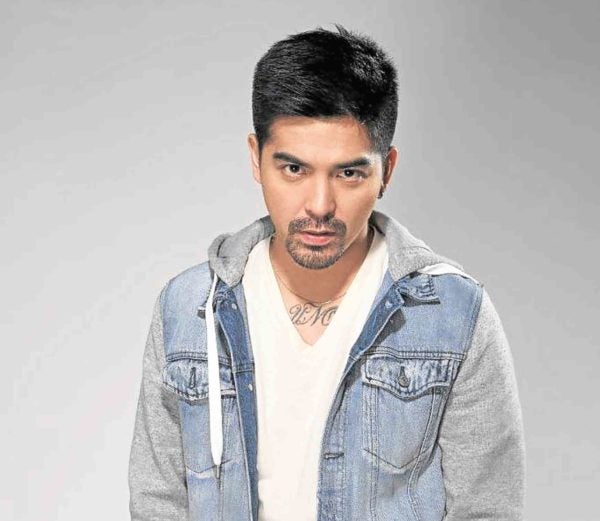 Years after it first surfaced on the internet, the “viral scandal video” purportedly featuring Mark Herras has been making the rounds online once again.

The actor is unruffled; it’s an old issue from which he had already moved on. He is, however, worried about his girlfriend, Winwyn Marquez.

“I personally don’t care. But I hope people would stop dragging Wyn into the ruckus. People are tagging her, saying all sorts of things about her in social media… She’s the one who’s affected,” he told reporters at a recent press conference for GMA 7’s coming thriller-drama series, “The Cure,” which airs weeknights starting April 30.

Mark related that Winwyn, whom he has been in a relationship with for two years, got angry when news about the said video reached her. “Who wouldn’t be frustrated—it’s not a nice issue, after all. But I just reassured her, huwag na nating patulan,” the Kapuso talent said, stressing that the video was recorded way before he and Winwyn got together.

He’s still doesn’t know who leaked the video and the possible motive behind it. “Perhaps the person wants to put a strain on our relationship,” Mark surmised. “But I believe that this thing is too trivial to break us.”

Teased if he would now consider doing sexy films, Mark laughed and jested that he would have to ask permission from Winwyn first. “I will focus on my new show first,” he quipped.

The 31-year-old actor said he sees himself settling down with Winwyn, but not anytime soon. After winning the Reina Hispanoamerican pageant in Bolivia last year, career opportunities began to pour in for the actress-beauty queen. And he wants her to take advantage of those.

“I expected her to be busy after winning. There are endorsements, various projects. She’s doing a movie right now. I’m happy she has been getting continuous work, because it’s something she has been hoping for. I feel like she should focus on that first,” Mark said.

Same goes for Mark, who wants to make sure that he’s financially stable, before they even start talking about marriage. “I want to be certain that I will be able to raise a family and give them a comfortable life. And we’re not in a rush,” he said. “I guess I will have to work some more and save up.”

In “The Cure”—whose plot centers on an experimental cancer drug that incidentally causes mutation ultimately turns patients into zombie-like creatures—Mark plays Darius, a ruthless man adept at physical combat and with a one-track mind.

“I’m playing a villain for a change. And I’m very grateful I was given this role, because it’s something I have been raring [to do],” Mark said. “As a villain … [I can] play more with my character.”

ADVERTISEMENT
Read Next
Jasmine Curtis-Smith now a Kapuso
EDITORS' PICK
Gov’t in no rush to end lockdown
Start mass testing for COVID-19 now, gov’t urged
Quick chat with Nicole Andersson: ‘You really don’t need much to be happy’
Crucial questions on health crisis remain unanswered
Chinese-Filipino business group backs selective quarantine
Local officials gripe against ‘quota system’ for cash aid
MOST READ
COVID-19 watch: 5 year-old PUI dies in Albay hospital
Coronavirus hotbed Rizal to shut borders on April 6
Government in no rush to end Luzon lockdown
‘We may never understand why God had to take them both’
Don't miss out on the latest news and information.