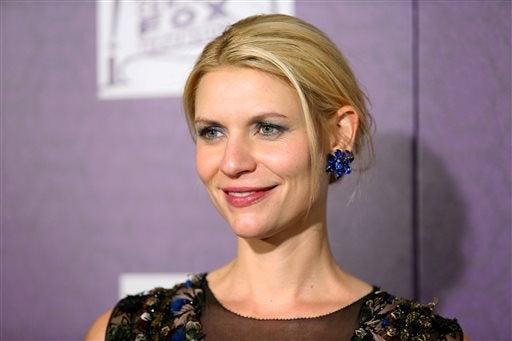 As “Homeland” season 7 draws to a close, lead actress Claire Danes has divulged that the next collection of episodes will be its last.

Danes has played ex-CIA officer Carrie Mathison since the show began in 2011, and during an April 18 appearance on the Sirius XM Howard Stern show confirmed that, as rumored, “Homeland” would end after season 8.

How does she feel about that? “Really conflicted,” Danes said. “She’s a lot, this Carrie frickin’ Mathison. She’s under constant duress and it’s a workout.”

“So I’ll be ready for a reprieve from that, but I’ve never done anything this… I mean, I’ve been married for as long, maybe longer.”

The series’ showrunner, Alex Gansa, had previously said that season 8 would be the last for him, while leaving room for other character arcs to develop independent of his involvement.

“Homeland” has won six Emmy Awards since its debut, with two going to Claire Danes as Outstanding Lead Actress in a Drama Series. She received two Golden Globes for the same achievement.

She won a Golden Globe for her portrayal of renowned architect and designer Temple Grandin in a 2010 HBO TV movie and was part of the all-star cast of 2002 intergenerational drama “The Hours”. JB

‘Welcome to Waikiki’ stars reported to be dating in real life

WATCH: Ken Jeong, Shaquille O’Neal insult each other in ‘Drop the Mic’

Read Next
Carrie Underwood reveals release date for ‘Cry Pretty’
EDITORS' PICK
Experience clearer calls nationwide with Smart VoLTE
Tracing app pesters MRT commuters
New Year, New Rediscoveries
Senate probe foils vaccine overpricing
Editorial: Unusual haste
Driving can be even more rewarding this New Year — here’s why
MOST READ
Duterte to firms: No franchise until you settle your accounts with gov’t
7 copassengers of UK variant patient can’t be traced
Norway advises caution in use of Pfizer vaccine for the most frail
#DefendUP trends after DND scraps agreement with UP
Don't miss out on the latest news and information.