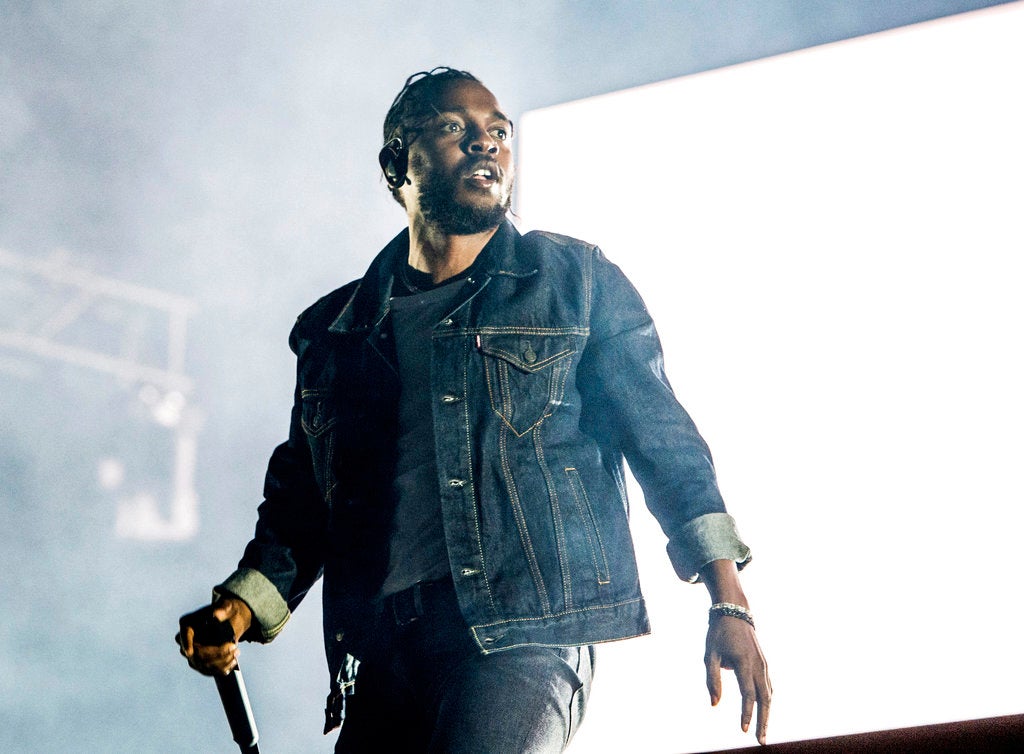 NEW YORK (AP) — The decision to award rapper Kendrick Lamar the Pulitzer Prize for music represents a historic moment for hip-hop and American music, according to two of the music jurors who picked the album “DAMN.” as a finalist.

Lamar’s win on Monday made history as the first non-classical or non-jazz artist to win the prestigious prize since the Pulitzers included music in 1943. Just having a rapper nominated for the prize is considered a stunning development for awards that usually honor musicians of European classical background.

“I knew that there would be some anger and some resentment and some people who wouldn’t like the idea, but surprisingly enough, I haven’t heard a lot of that,” Griffin said.

Another jury member was Grammy-nominated violinist Regina Carter, who linked the award to the recent waves of people speaking up, pushing boundaries and refusing to be told what and what is not worthy. “Great art has to be acknowledged,” she said. “If a work is great enough, you can’t deny it.”

The decision was hailed as a turning point in music history by Jetro Da Silva, a professor at the prestigious Berklee College of Music who teaches a class on hip-hop writing and production.

“We are at a time in history here perhaps there is a new way to analyze what is considered a contribution to music. Critical thinkers are asking what it really means to be a composer and what is a composition,” he said. “The sky’s the limit.”

In addition to Griffin and Carter, the music jury this year included music critic David Hajdu, Paul Cremo from the Metropolitan Opera and the composer David Lang.

The five-member music jury listened to about 180 pieces of music and after deliberating for a few days then submitted to the final board three works — Lamar’s album along with Michael Gilbertson’s “Quartet” and Ted Hearne’s “Sound from the Bench.” Adding “DAMN.” was a unanimous decision by all five.

“Everyone expects that there would have been some form of resistance. There was none,” said Griffin. “It was just welcomed by everyone as an opportunity to have a serious conversation about the art, about Mr. Lamar’s work, but also about what constitutes what kind of music that should be eligible for this.”

The final decision was made by the Pulitzer board, which hailed Lamar’s CD as “a virtuosic song collection unified by its vernacular authenticity and rhythmic dynamism that offers affecting vignettes capturing the complexity of modern African-American life.”

Carter admits she quietly thought to herself that the board was unlikely to give the award to Lamar. “Although we all strongly agreed that this would be such an important step — if this were to really happen — I just didn’t think it would, really.” She said she was happily shocked by the final decision.

The Pulitzers have been accused of past mistakes when it comes to African-American contributions to music. In 1965, jurors recommended awarding a special citation to Duke Ellington, but were rejected. And it was not until 1997 that the Pulitzer for music even went to a jazz work.

“All of us sitting at that table were fully aware of Duke Ellington in 1965 being passed over for the Pulitzer and a jazz artist not winning for some time,” said Griffin. “We all brought a history to the table and thought, ‘Why not?’ and ‘Why not now?'”

The Pulitzers have lately expanded their inclusion of popular music, including honoring Bob Dylan’s lyrics with the prize for literature and giving Lin-Manuel Miranda’s hip-hop-inspired score for “Hamilton” the Pulitzer for drama.

The Lamar news stunned many and was cheered by the rappers’ fans, including celebrities like Ellen DeGeneres and Anthony Bourdain, who wrote: “The album was brilliant and deserves every accolade.” Leon W. Russell, chairman of the NAACP, wrote on Twitter that the win conferred a literary legitimacy but that Lamar had already gotten “street credibility and artistic authority.”

Carter, who was awarded a so-called “genius” grant by the MacArthur Fellows Program, said Lamar heartily deserved the award. “I think he’s a genius,” he said. “It’s part of our tapestry. We have to stop dividing the music and the art.”

Griffin, a professor of English and African-American studies who has written about Billie Holiday, Miles Davis and John Coltrane, was a rookie on the Pulitzer jury this year.

“I will cherish that experience, of going through that process,” she said. “On so many levels, I felt like this was major — both the music that we put forward but also what happened in those deliberations.” NVG