WATCH: Dingdong and Marian’s baby Zia sings her young heart out to fans 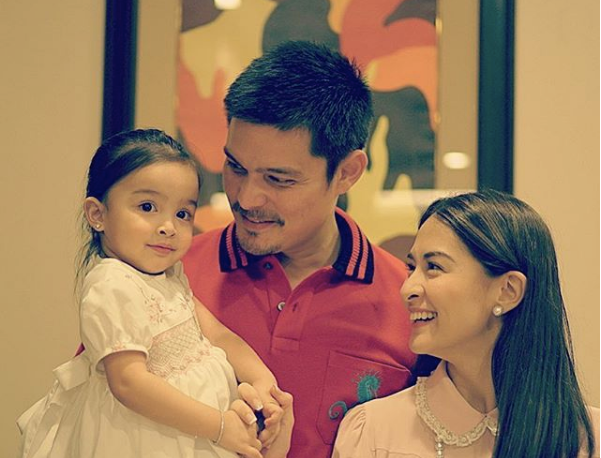 Who knew that at the tender age of two, Zia Dantes already has a talent to showcase?

The unica hija of Kapuso primetime king and queen Dingdong Dantes and Marian Rivera melted the hearts of audiences, as she went onstage and sang some of her favorite songs.

Looking adorable in a simple blue dress while holding a microphone, young Zia was confident in singing “Bahay Kubo” in front of an audience. The video was taken by Rivera’s manager, Rams David, last Sunday, April 15, at the Discovery Primea in Makati City.

Zia sang along “How Far I’ll Go” from the Disney movie “Moana”, with her mom visibly proud as she watched her daughter.

And for her last number, Zia sat prettily on the stage, legs crossed and belted out the popular pre-school song “Skidamarink”.

DongYanatics could not help but fawn over the little girl’s talents, with some saying she could be following her famous parents’ footsteps.

LOOK: Dingdong, Marian and Baby Zia take over The Netherlands

LOOK: Marian, Dingdong fired up on the beach; Sharon Cuneta jokes she lost her self-confidence