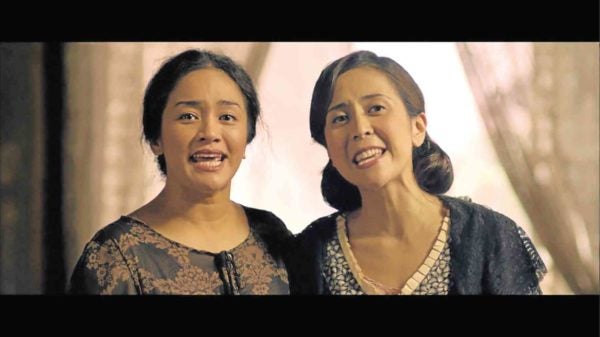 Three Filipino films will be shown at the 20th Far East Film Festival in Udine, Italy, from April 20 to 28.

Oropesa, who will attend the fest with Diaz, told the Inquirer: “I’m really not that happy because I expected this. Joooke!” Turning serious, Oropesa explained: “I’m elated, of course. I’m so used to being nominated and winning for heavy dramas. But those who know me well are aware that I’m a frustrated comedian. I’ve always loved making people laugh.”

She pointed out that she had accepted the project because “the directors were first-timers, and I really wanted to help. Plus, I like the material and I love Gloria, kahit s’ya ganyan (even though she’s like that)!”

According to Red, she and codirector Tabada were part of other festivals before as scriptwriters.

“But this time, we were invited as directors,” she noted. “We were both hesitant and intimidated by the prospect of directing … but we wanted to be part of the filmmaking process that goes on after the screenplay has been written.”

Tabada exclaimed: “To be shown, and to compete no less, in a major genre festival with other award-winning films from Asia, is more than I could’ve ever dreamed of.” 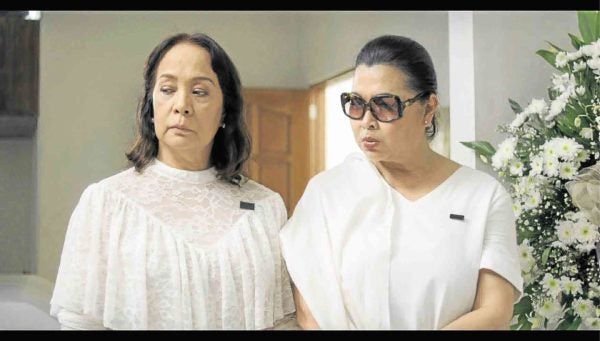 He pointed out that he had done the Cinema One entry as “an ode to friendship and liberation—especially to those in their autumn years. It is also a criticism of patriarchy in our society.”

Tabada agreed: “This is an extraordinary platform to showcase the film, and I hope its message will add to the continuing discourse on female empowerment, wherein women should not be relegated to supporting roles and must not conform to societal stereotypes.”

Martin, for his part, told the Inquirer: “It’s my first time to show a movie in a festival that programs for a wider audience. There’s a personal sense of accomplishment since I’m hoping to make more accessible films after ‘Smaller.’”

He feels Udine is “the right place to introduce this commercial work, especially in Europe, where I started a career on the art scene.” He likewise hopes that his film will be acquired by more territories, with the help of its sales agent, Reel Suspects.

Arcenas admitted that he’s thrilled that his movie, which won the top prize in last December’s Metro Manila Film Festival, will premiere in an Italian cinema event. “That’s a rare occurrence.”

Actress-producer Rachel Alejandro concurred: “I am beyond ecstatic to see how our kababayan in Italy and Italians themselves will react to our film. Our screenings in Tokyo and San Francisco (for Cinematografo) were such gratifying experiences. It’s a dream come true to showcase Filipino talent all over the world.”

Composer Ryan Cayabyab recalled that it had almost been two decades since he last participated in an international film festival. “I attended Toronto and the Berlinale before the turn of the century, so I am once again excited for this chance to see how a different, foreign audience will view … a Filipino musical film!”