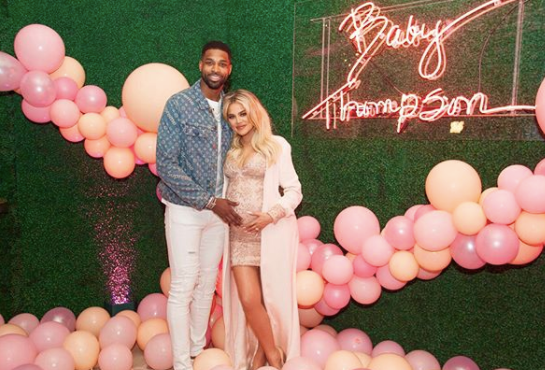 By the end of the month, Khloe Kardashian is expected to have a baby girl with boyfriend Tristan Thompson, an NBA player for the Cleveland Cavaliers.

What should be an exciting moment for the couple has been marred by reported proofs of Thompson’s infidelity to the “Keeping Up with the Kardashians” star. 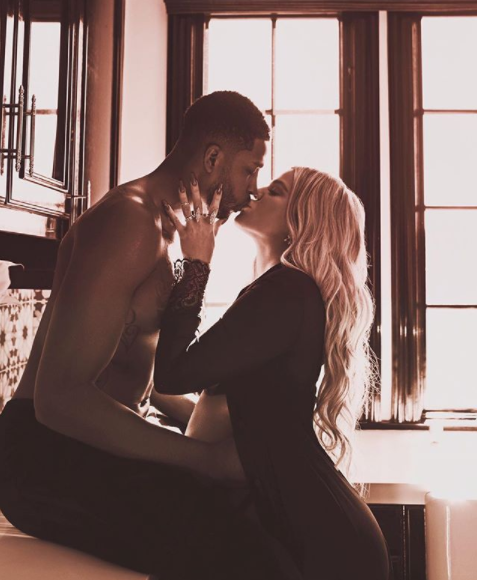 On April 10, the Daily Mail released photos of Thompson getting intimate with a brunette in a New York bar last Saturday during a daytime party. Page Six identified the woman as Instagram model Lani Blair. Reports from both news outlets confirmed that the two spent the weekend together at clubs and Thompson’s hotel room at The Four Seasons.

Thompson was in New York for a game against the Knicks while Kardashian, all of nine months pregnant, stayed home in Cleveland where the couple lives together.

TMZ has also released a video of Thompson getting hands with two women in a Washington hookah lounge. The video, allegedly taken last October, shows Thompson kissing the women and getting groped.

According to a source, Thompson is allegedly a “serial cheater” and that there are even more women involved, People reports.

Kardashian’s outspoken family has been unusually quiet, though a source tells Page Six that she “was devastated” and “went absolutely ballistic at him.”

In his first game since the cheating allegations surfaced, Thompson received boos today from the crowd. Kardashian’s sister Kim and mom Kris are reportedly keeping her company through an undoubtedly challenging time.

Kardashian, 33, was previously married to basketball player Lamar Odom; their marriage crumbled due to his drug use and infidelity. Thompson, 27, has a son with ex-girlfriend Jordan Craig.

Read Next
LOOK: ’PBB’ hosts Toni Gonzaga, Mariel Rodriguez, Bianca Gonzalez reunite in cute playdate with their kids
EDITORS' PICK
High inflation: Your P1 is now worth only 87 centavos
UK’s Boris Johnson will resign, BBC reports
High-risk pregnancy: Reducing your risk is in your hands
Geek out at TOYCON 2022 powered by Smart Signature
House energy committee chair Arroyo bats for cheap electricity
Unemployment rate up to 6% in May
MOST READ
Suspect in grisly killing of missing woman in Bulacan arrested
Kim Atienza’s daughter flaunts bikini body in response to critics of her ‘revealing photos’
Number of active COVID-19 cases in PH breaches 11,000
Ex-Defense chief Lorenzana is the new BCDA chair
Don't miss out on the latest news and information.