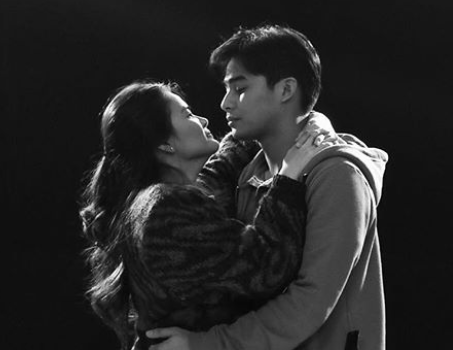 In a Facebook post on Tuesday by veteran entertainment journalist Mell Navarro, a teaser photo of their launching movie was shown.

Produced by Quantum films and directed by JP Habac, fans have already expressed excitement over the much-awaited big screen debut of McLisse.

Besides their upcoming film, the two are among the cast members of Kapamilya drama series “The Good Son.”     /muf

Read Next
Not a rumor: Lindsey Buckingham, Fleetwood Mac part ways
EDITORS' PICK
Notice of 2020 regular meeting of stockholders June 18, 2020
SM prepares for ‘safe malling’
Leveling up your ‘lutong bahay’ with the kitchen companion you never knew you needed
NBI, Immigration to join hunt for ‘underground’ medical clinics
2 Chinese nationals arrested in raid on another unlicensed COVID-19 hospital in Pampanga
P2.2 trillion in losses: Cost of COVID-19 impact on PH economy
MOST READ
NCR is ready for GCQ — Palace
Revillame tells Roque: ABS-CBN is in my heart despite being in rival network
Filipino kids in Ireland orphaned due to COVID-19
Metro Manila mayors told: Keeping bus, jeepney ban ‘catastrophic’
Follow @CAbanillaINQ on Twitter
Don't miss out on the latest news and information.