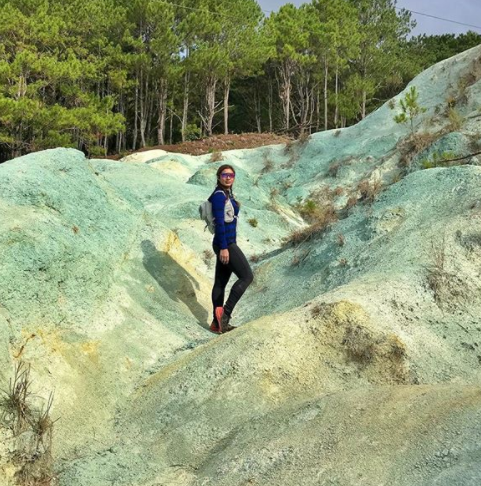 Actress and fitness enthusiast Bubbles Paraiso headed up north to discover the picturesque Sagada with her crew.

What to do in Sagada? Sit in the middle of the main rode and strike a pose. 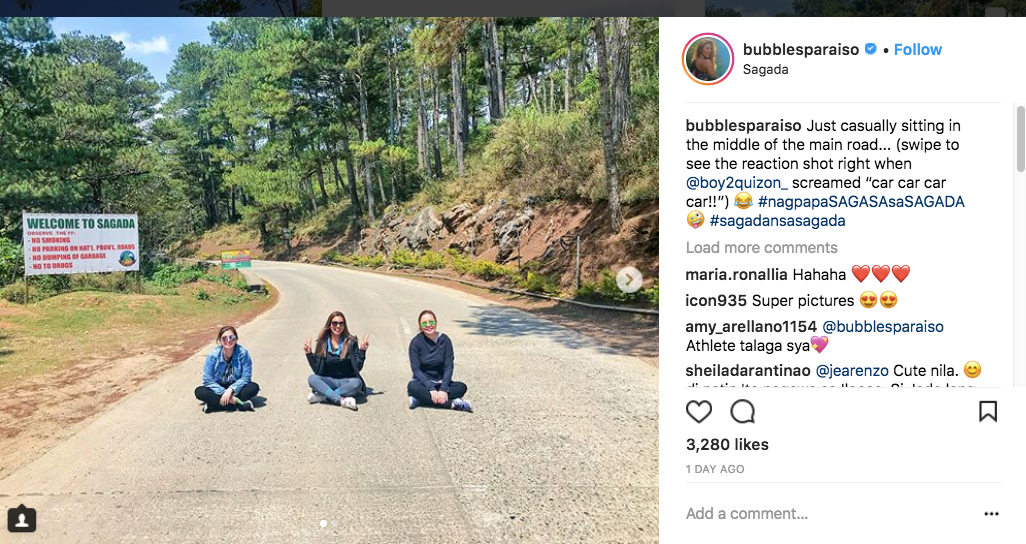 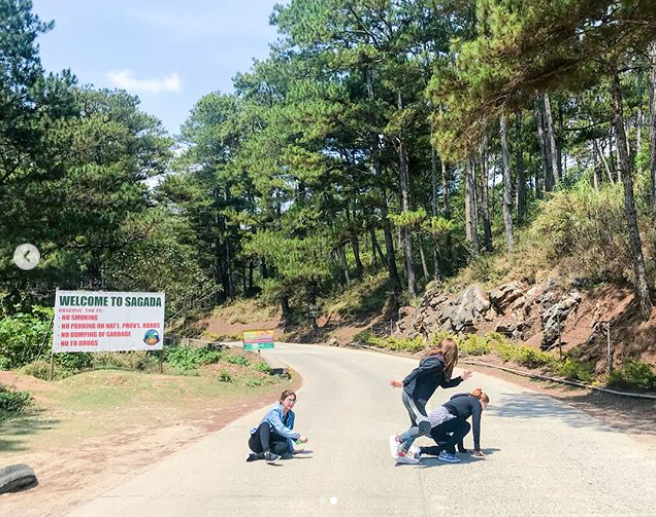 Among her trek buddies is good friend, actress Angel Locsin and boyfriend Neil Arce, Boy 2 Quizon, and many others.

The only thing that can ruin a roadside photo shoot is cars approaching.

Among the most stunning sights in Sagada is the precious sea of clouds. It takes hours and kilometers of trek just see the breathtaking view of the world on a top view surrounded by mountains all around.

Also, one of the lesser famous but surely equally captivating sights in Sagada is the Blue Soil.

The curiosity-piquing Blue Soil Hills or locally called Kaman-Utek is colored as such, due to high presence of certain minerals like copper sulfate in the area giving it its turquise blue hue as stated in some reports. 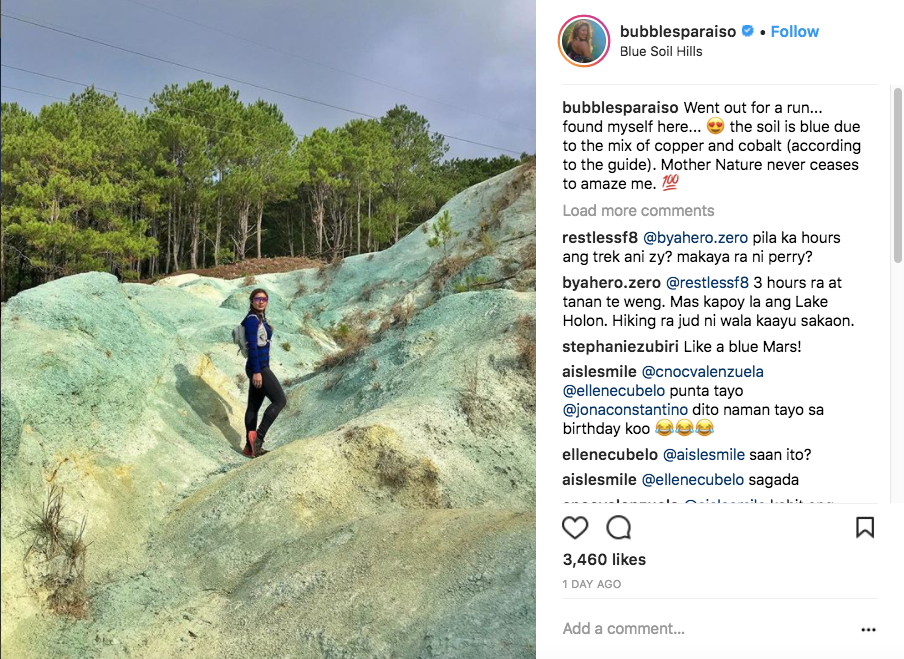 Since then, Sagada is a favorite destination for its breathtaking view of rustic mountain community and its cool climate all year-round. /jpv