Madonna to direct biopic of orphan-turned-ballerina 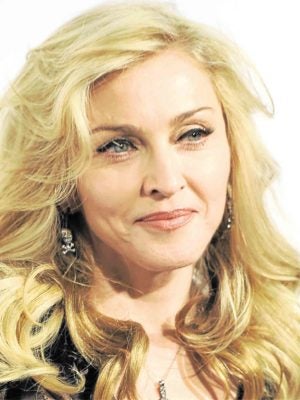 Madonna has been tapped by MGM to direct the film “Taking Flight,” according to Variety.

The biopic is based on the story of Michaela DePrince—a renowned ballerina who grew up as an orphan in Sierra Leone during a civil war.
The script will be adapted by writer Camilla Blacket (“The Newsroom”) from Michaela’s memoir “Taking Flight: From War Orphan to Star Ballerina,” which she coauthored with her adoptive mother, Elaine DePrince.

“Michaela’s journey resonated with me deeply as both an artist and an activist who understands adversity. We have a unique opportunity to shed light on Sierra Leone, and let her be the voice for the orphaned children she grew up beside. I’m honored to bring her story to life,” the pop icon said.

After “six years of going nonstop” and being on “one hell of a journey,” pop girl group Fifth Harmony has announced that it will go on hiatus, after fulfilling its commitments and doing its scheduled shows through the year.

In a statement on the band’s official Twitter account, Fifth Harmony said that its members—Normani Kordei, Dinah Jane, Ally Brooke and Lauren Jauregui, will soon be taking time off to pursue “solo endeavors.”

“We’re so excited and grateful to be able to take this time to learn and grow creatively, and find our footing as individuals,” the statement read. “In doing this, we’re allowing ourselves to gain new experiences, strengths and perspectives that we can bring back to our Fifth Harmony family.”

The decision came more than a year after then-member Camila Cabello left the group to focus on her own music career.—ALLAN POLICARPIO