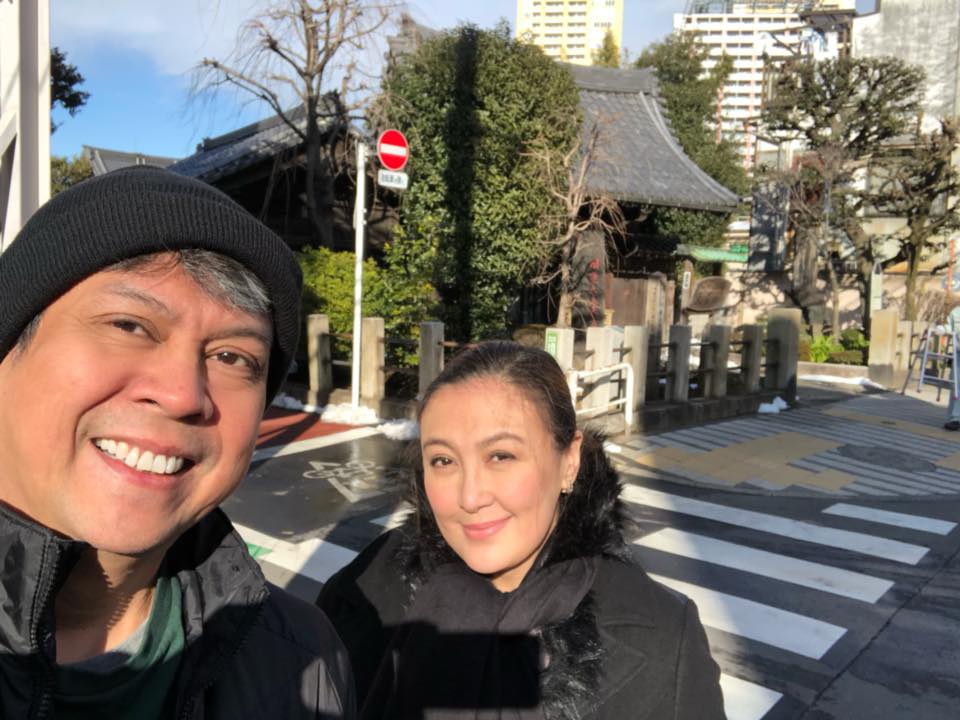 Making a marriage work is no mean feat — even more when it’s a high-profile one.

Amid intrigues, and highs and lows, Sharon Cuneta and Senator Francis “Kiko” Pangilinan remain committed to one another, marking over two decades since they first became an official couple.

“Kiko and I are celebrating our 24th year as boyfriend-girlfriend today!” the Megastar shared in an Instagram post. After dating, the two were married on April 28, 1996.

Our happy family in our happy place! THAILAND! Our kids have practically grown up coming here regularly. Yellie used to…

The couple, along with their children, jetted to Thailand in a “secret beach town” which the Megastar describes as their “happy place” in an Instagram post.

She also gushed about her relationship with Pangilinan who has been a doting dad, even to her first daughter with ex-husband Gabby Concepcion, KC.

READ: KC Concepcion defends her relationship with her two dads

“We’ve been through way too much together…Almost broke up too many times…but in the end, I am his home, and he is mine,” she wrote.

“I have a renewed appreciation for Kiko… The mere fact that he and I have fought so many times over two decades — but NEVER over another woman — is a gift from God,” she added. “No palpitations, no crying at night wondering where or with whom my husband may be — PRECIOUS.”

“Even if you are now my ex-boyfriend, I thank God I did not make you my ex-husband!” she said. “I love you, Francis. I wish everyone could get to know you the way we all do.”

In 2017, the senator faced accusations of cheating, allegedly with another senator; the Megastar condemned those who instigated the rumors as “evil.”

The rumors of infidelity coincided with her trip to the United States. Cuneta would later on admit that she had personal and financial problems, but that a third party was not one of them.

READ: Sharon Cuneta tells all: No third party, tired of being ‘used’

If there were problems, they were behind closed doors. The “Unexpectedly Yours” star revealed January this year that she and Pangilinan “almost lost each other last year.”

And though she recently reunited with Concepcion for a TV commercial and has remained friends with actor Robin Padilla whom she almost married, there seems to be no regrets about her choice of partner.

“Even if I want to murder my hubby sometimes, as I’m sure he sometimes wants to kill me too (with kisses. Yuuck! Hahaha!)—I suspect we will always be together,” said the Megastar. JB

Senator Kiko to Sharon: ‘You’re the only woman I love’