On the ‘Avengers: Infinity War’ set with Cumberbatch, Downey and more (conclusion) 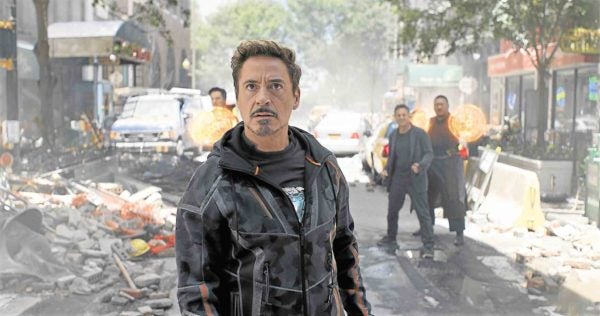 LOS ANGELES—Even Benedict Cumberbatch admitted to having fanboy moments on the “Avengers: Infinity War” set. “There’s part of you that goes, oh my God, this is extraordinary,” said Benedict, who plays Dr. Strange, about seeing Iron Man (Robert Downey Jr.), Spider-Man (Tom Holland) and other superheroes together.

In this Part 2 of our interview on the set in Atlanta, Georgia last October, we continue featuring Benedict, Tom, Robert, Filipino-American Dave Bautista (Drax) and Pom Klementieff (Mantis).

Have there been fanboy moments for you because everybody is coming together in this movie?

Benedict (B): The first few moments where you’re on set with Iron Man and Spider-Man, there’s part of you that goes, oh my God, this is extraordinary. I’m stepping into the thing I’ve sat watching. That’s a real thrill being part of a bigger cast.

Tom (T): For me, [it was] when we were at D23 (Disney’s exposition event), and we showed the trailer. I sat there with all The Avengers. I saw people I’ve watched in the movies since I was a kid and I’ve looked up to for years. I started crying onstage. It’s such an incredible thing to say that you’re a part of this fantastic world and coming onstage. I was a little embarrassed and cried.

We saw Robert and Tom filming on the ship today. Will you also be in that sequence?

B: I can say that I might be a part of that scene.

Robert (R): Why don’t you come over here, Pom? Who was it that was touching your (character’s) antennae? Was it little baby Avri, my 2-year-old?

T: We just had lunch with Robert. I was with my best mate Sam, and we both felt like, what a crazy moment!

B: Amazing. I’ve got friends—sweet ladies who paid money to be here for the charity, and they were just walking around. I asked her how it was and she went, “It’s surreal, but it’s strange that you keep things normalized. You start conversations.”

Dave (D): It’s a huge statement when I’m sitting there looking like this and…

B: It doesn’t stop you from being special.

What’s the most number of you guys in a group for a scene so far?

R: (To Tom) When you were off in another quadrant of the film sphere, we were doing a bunch of stuff that maybe had eight of the Avengers’ side stuff going on.

T: I’m quite happy I know nothing about this film, because I feel like I still get to see a Marvel movie and just be a fan, rather than knowing the story. I’m excited to be at the premiere and watch it.

R: Clearly, we’re at a phase where the Avengers meet the Guardians.

Can you talk some more about you guys meeting?

D: That’s what we bring to it. The Guardians are good at bringing some laughs. A weird type of chemistry has evolved because everybody here, even though they’re superheroes, they’re still based on Earth. We are coming from different galaxies, so it’s starting to get a little weird.

P: It’s funny because you find a lot of different male egos bumping into each other. They’re all amazing, but in different ways.

R: Thank God you’re here. It just reminds me of that perennial concept that dissolves this tension and all this stuff.

Then, you realize that you share a common enemy and, all of a sudden, it’s like things cool off a little bit, but not really.

The real achievement of this Avengers franchise at this point is scheduling. How do you somehow make this work? 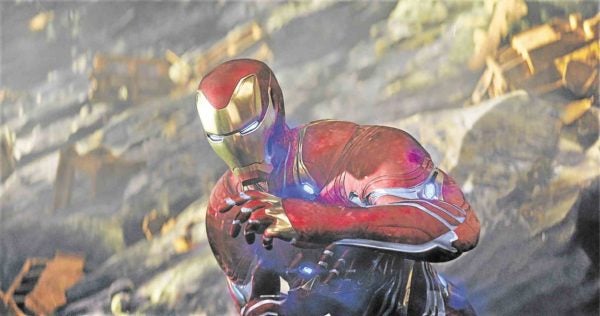 What is it like when you guys bring your children?

T: I don’t have any children (laughs).

R: At least not yet.

B: But to see that reaction on any scale. It’s phenomenal to see how much it matters to people, and that’s something to get excited about.

Was it easy to go back to these characters and to the set?

T: These movies are so surreal for me. They don’t feel like making movies. They feel like I’ve won some kind of competition to hang out with the Avengers. Just being here is crazy. I got in last night at probably a quarter to 12.

I woke up and before I knew it, I was doing a scene with Robert. I don’t have enough time to think about what I’m doing until I’ll be on the plane home and go, “Holy s**t, I just did work on ‘Avengers!’ To me, that’s surreal.

D: That’s a luxury as well, though—just being able to fall back into it and not having to put a whole lot of thought into it. Because you’re already comfortable with it in your body. You’re comfortable with your character, and you just flow right into it.

Has there been a moment that gave you such an adrenaline rush?

D: It’s still the physical stuff that excites me.

B: There’s one shot we did that I don’t want to reveal, but that was f**king… Going out of that door. That’s all I’ll say. It was properly entering a scene as it will be onscreen. It was extraordinary. It was all we should talk about once it’s out, then we can tell you how we did it.

How has your suit changed over the years?

R: From 2007, when it was like putting a Stanley Steemer on. It’s a lot better, but everybody has his or her cross to bear. There’s something that every character has to do, which is specifically uncomfortable for them.

T: Josh Brolin is awesome. He is so cool. He is the scariest Marvel villain we’ve seen by far. He’s terrifying.

B: And he’s Brolin. It’s extraordinary—an evolution from your kids’ stuff. What people can do now in the shop behind the shed where we do this is insane. I mean, his face.

R: Josh is really game. He’s got some archetypal yaw yaw’s that he’s getting out. I don’t know if it’s some Gestalt therapy for him or what it is, but it’s working.

Benedict, the other actors get to wear suits and have special powers. Your character is more cerebral. Do you get envious?

B: I can open portals and transport myself or other things or people through them to other places. I can play around with time. I can manifest weapons.

And I don’t have to wear a mask, which means, acting-wise, that’s my burden, in a sense. When it’s me, it is me, not a double, not a stuntman.

R: I saw the first Dr. Strange. I saw one sequence and I was like, he had to do 106 shots just for that minute.

Any confusion as a result of many actors named Chris, all in one set?

T: The thing I am confused with is Tom and Pom (laughs).