The Lollapalooza festival has revealed the full lineup for its 2018 edition, with headliners to include The Weeknd, Bruno Mars, Jack White and Arctic Monkeys.

Other top performers who will take to the stage in Chicago’s Grant Park include Travis Scott, The National, Vampire Weekend, Logic, Post Malone and Khalid. They’re joined by St. Vincent, Dua Lipa, Camila Cabello, Chvrches, Odesza and many, many more. 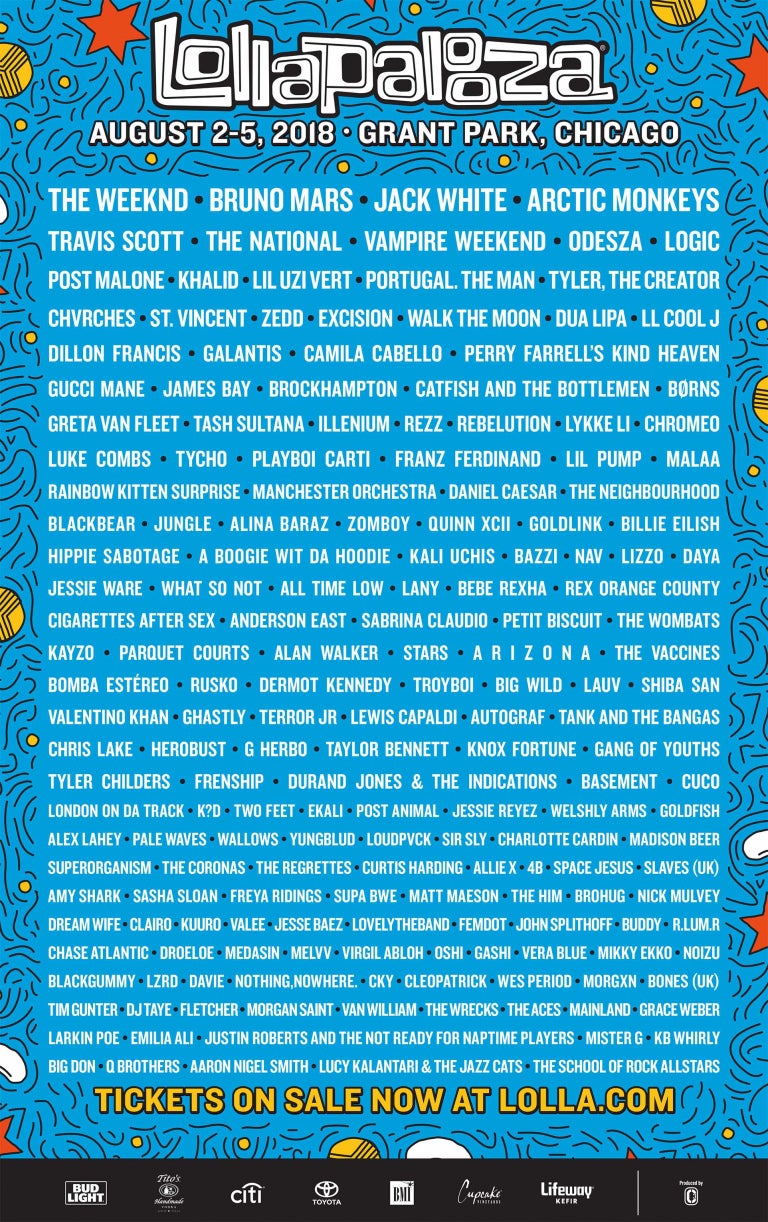 Tickets are on sale now at lolla.com, with a four-day general admission ticket going for $335 (about P17,500).

The festival is set to run from August 2 to 5. JB