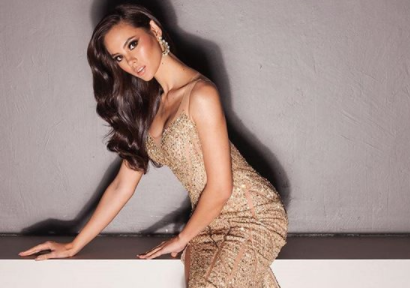 When newly-crowned Miss Universe Philippines 2018 Catriona Gray won “Best in Long Gown” last March 18 during the coronation night of the Binibining Pilipinas pageant, many wondered who the person behind Gray’s stunning, scene-stealing evening gown could be.

Two days later, in March 20, fashion designer Mak Tumang took to his personal Facebook page to share the story behind Gray’s gown — from the first day Gray messaged him asking if he could work with her for her finals gown, until the night of the coronation itself.

“Behind the seams,” wrote Tumang two days ago. “Catriona Gray messaged me in December 2017 and told me about her intention to join a national pageant as an independent candidate and she wanted me to do her evening gown.”

Tumang admitted he was adamant to commit to Gray’s proposal at first, due to bad experiences he’s had in the past about a certain camp and certain individuals who used his gowns as options. “However, after our exchanges of messages and felt her sincerity, that made me decide to give it a go.”

In a series of pictures, Tumang chronicled the making of Gray’s evening gown — from the conceptualization, construction, detailing, and right up to the finishing. 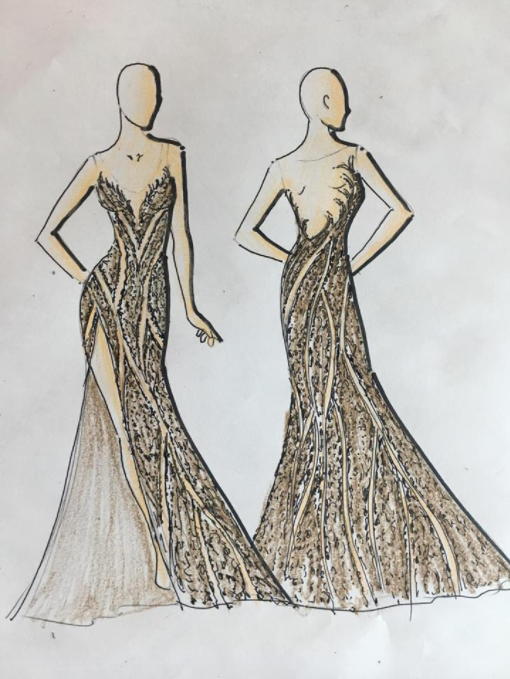 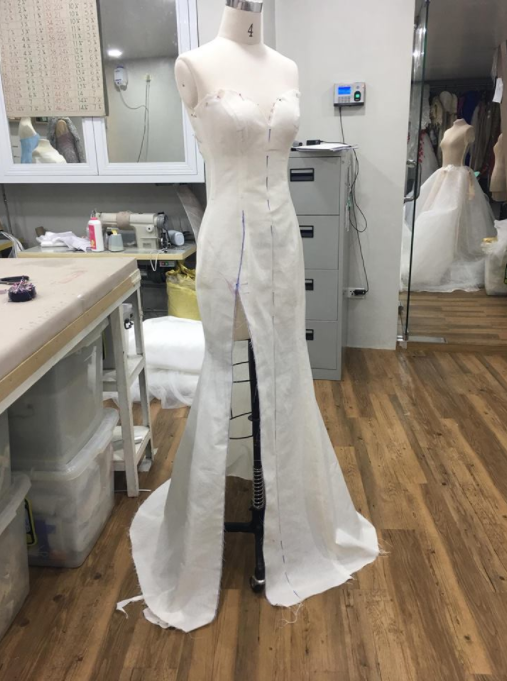 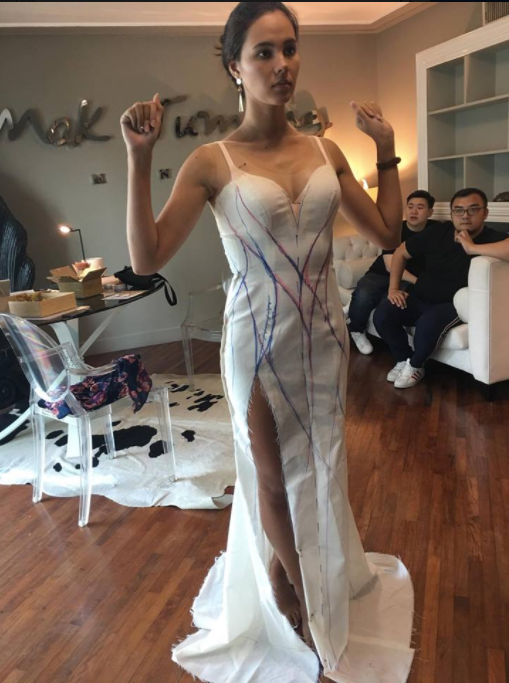 Tumang revealed that he used a whopping 10,800 pieces of Swarovzski crystals for the muted gold gown.

For the style, Tumang went for a low-back, asymmetrical silhouette with a high side slit on the right portion of the gown; it’s a style perfect for ramp and a waist-cinching figure. As for the main texture, Tumang went for a wet look, sheer shimmer and accentuating figure-flattering lines. He also used the color muted gold instead of yellow gold to flatter Gray’s bronze skin.

While Tumang conceptualized and designed the gown himself, it took a village of assistants to help him sew each bead and Swarowski crystal on the delicate fabric. 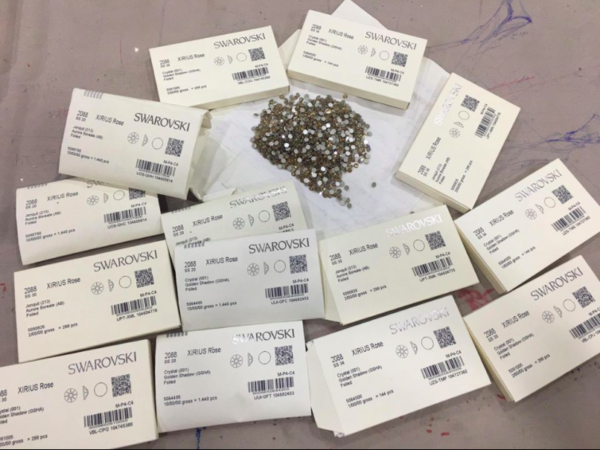 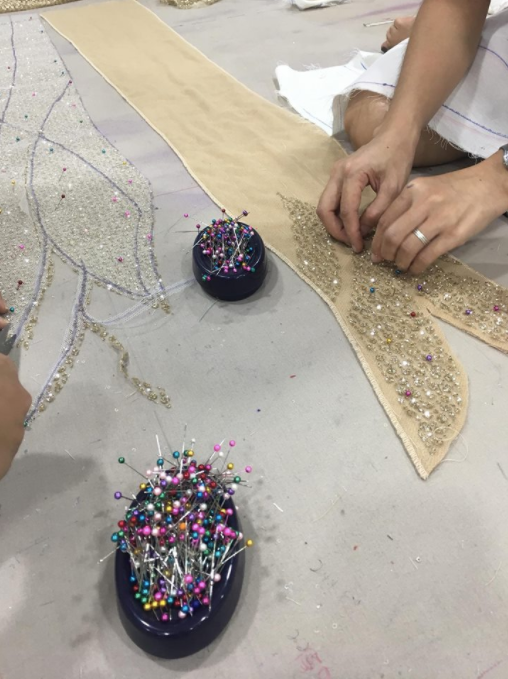 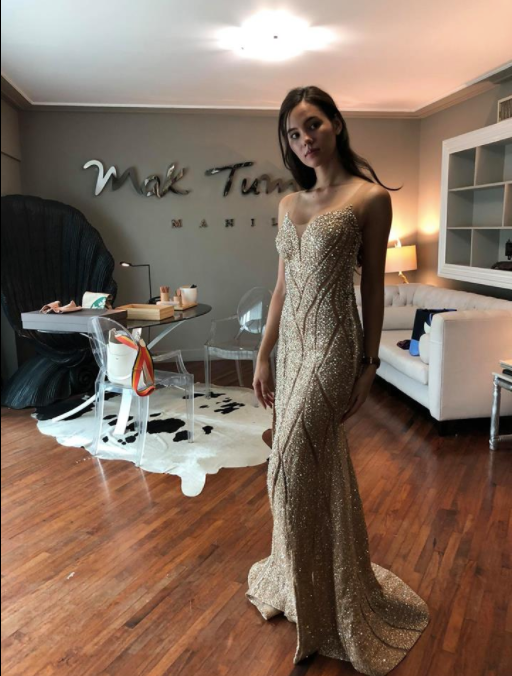 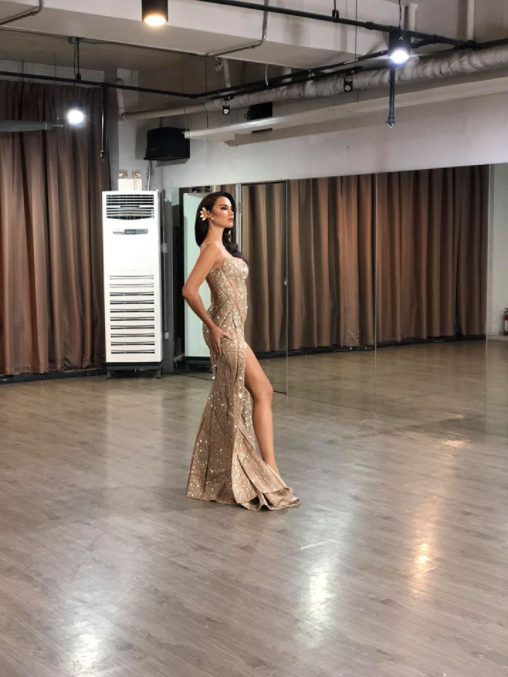 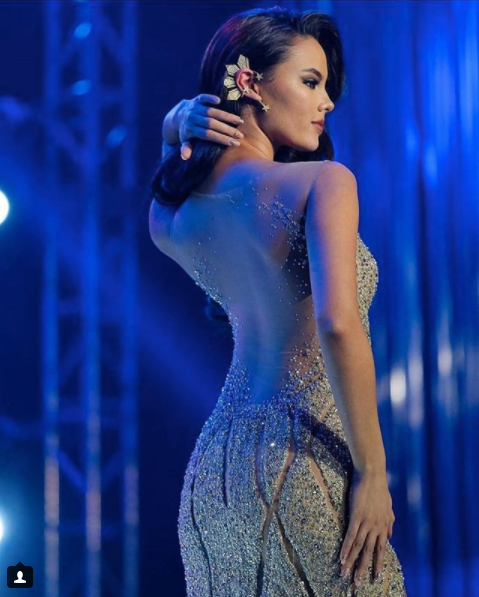 The final product? A jaw-dropping creation more than worthy of the “Best in Long Gown” award worn by none other than Binibining Pilipinas-Universe 2018 herself. As Gray now prepares for her stint in the Miss Universe pageant to be held in December this year, it’s safe to say fans will be on their toes speculating whether Tumang will be the one to create Gray’s Miss Universe evening gown again. JB