Callalily to fire up concert stage with ‘Ex-alt’ this May 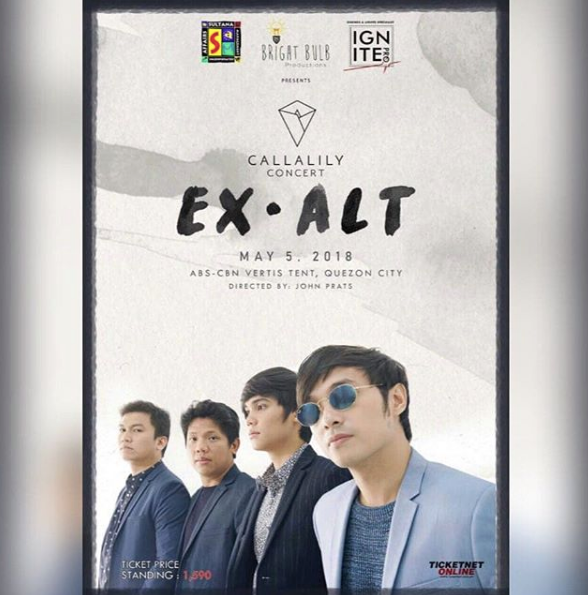 Premier OPM band Callalily is set to hold a concert entitled “Ex-alt” on May 5 at the ABS-CBN Vertis Tent in Quezon City.

In a recent Instagram post, concert producer Bright Bulb Productions announced that tickets for the show will be available starting Tuesday, March 20. 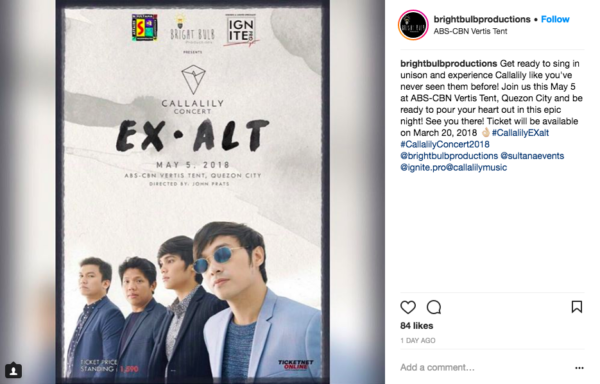