Things You Did Not Know About The Avengers 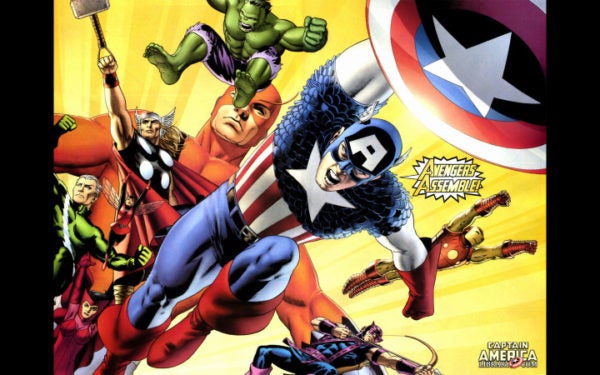 These below are the important details and facts I know by heart about The Avengers because of the many, many years I have been collecting and reading Marvel Comics. I do not have to pretend knowing what I am talking about like others who shamelessly and habitually do by researching overnight or going to Wikipedia.

Do you want the facts when it comes to Marvel super-heroes and super-villains and anything Marvel Comics related? Get them from someone like me because I actually know what I am talking about. That is why I am sharing these with the readers.

The Avengers was the first American government-sponsored super-hero team in Marvel Comics. Meaning they did not have to operate underground, nor were they a black-ops style team that operated in secret. The Avengers had the full support of the government.

The Avengers–instead of having one permanent and definite team leader– became a revolving door of team leaders from Captain America, The Mighty Thor, and Iron Man. All three of these celebrated super-heroes headed the Avengers at some points over the decades.

The Avengers had five core members that comprised the original incarnation of the team. We all know who they are as they are the most popular members. What is not known, though, by more people is that Giant-Man and The Wasp were part of the first line-up of The Avengers in the 60’s.

To the surprise of many, The Avengers was not, in fact, the very first super-hero team of Marvel Comics. It was The Fantastic Four. But the two teams had a good working relationship wherein they could assist each other in battles if the time arose.

The Avengers has the largest alumni of members in the history of Marvel Comics. The list of former members is so massive that it even once included Beast from The Uncanny X-Men although his stay in the super-hero team would only last a few years.

Even with The Avengers being comprised of some of the strongest super-heroes ever assembled in the history of Marvel Comics, all of them would never kill their enemies as much as possible. However, The Mighty Thor did end up killing a few minor super-villains by accident. With him being a Norse god made his strength beyond human comprehension and very lethal to even the most super-powered of villains.

The Avengers list of members became so big over the decades that a second batch was made to hold the other members. This second team of The Avengers was called The West Coast Avengers and Iron Man was assigned to head that team. It was mostly comprised of the newer and less experienced members of The Avengers with the exception of Hank Pym/Ant-Man and The Wasp.

In the comics, Thanos was not a major enemy of The Avengers since he was categorized as a tyrannical cosmic being having fought more with the likes of Captain Marvel, The Silver Surfer, The Fantastic Four and Adam Warlock. The Avengers would have a few encounters with him by chance but it would never end up in a full out brawl since ‘The Mad Titan’ Thanos was considered an immensely powerful evil cosmic being that it would take the combined might of all the Avengers to have a chance against him.

This will probably piss off every Black Panther fan out there but I base things out of fact and what I have known over the many, many years that I have been a comic book collector. The Black Panther was never a prominent member of The Avengers. His membership was not a celebrated one either. In the comics, he was average. It is only recently that his importance and ranking within the super-hero team grew.

The Avengers came close to blows with The Uncanny X-Men several times over the decades. Even though both teams are on the side of good, differences in administering justice have become the main reason why they do not always get along with each other.

The Avengers is hands-down the greatest assembly of super-heroes in the history of Marvel Comics.