Missing the colorful Bernardo Bernardo and his wit 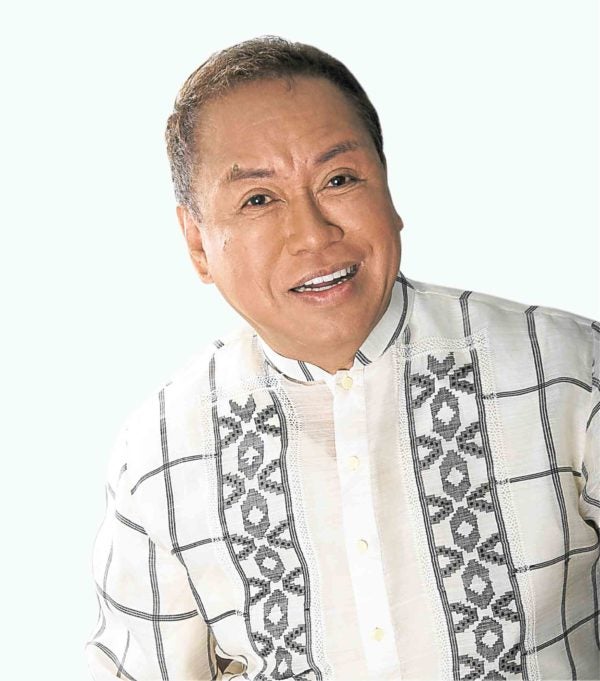 LOS ANGELES—He was my very witty self-described Lowlah. He called me irog, Fafah or “manong Emeritus from La La Land.” The world is less colorful with the recent passing of the multi-talented Bernardo Bernardo, or BB to many folks whom he made laugh.

I dare say he was one of the Philippines’ greatest wits. BB’s spontaneous clever remarks on and off stage were inspired. He was a master of double entendres and quips laced with risqué and ribald humor.

I made sure that I was the first one to greet him on his birthday last year via Facebook private message. BB—who moved back from LA to Manila a few years ago—replied, “Una ka talaga sa pagbati (linawin ang pagbigkas!) sa buong mundo. Kasi madaling araw dito kaya ang unang pumasok (choice of words talaga) sa isip ko: ‘Early worm gets the bird!’ ”

But like many comedians, BB had his quiet, moody side. He confessed to having bouts of heavy depression to my wife Janet and me. We advised and tried to cheer him up.

I was moved when he wrote, “Maraming salamat, kapatid. I had a talk with Dulce yesterday. I am so touched and thankful na ibinilin mo ako sa kanya.”

In recent years, we had differences in our political stance but in BB’s case, that did not matter to me.

On his birthday last January, I greeted him early again. This last time, there was no witty play-of-words reply. He just managed to send a grateful emoji. That was enough for me.

Below are excerpts from my lead piece on BB in my book, “My Filipino Connection: The Philippines in Hollywood” (available online). Ever a grateful friend, BB attended the book’s launch in LA, New York and Vancouver. This column is dedicated to him.

Bernardo Bernardo felt like a bangus fingerling in a humongous ocean—his words—when he immigrated to the US in 2002.

After many years as a noted actor-comedian in the Philippines, Bernardo had to start all over to make it in the “United Snakes of America”—again, his words. If that meant playing a sirena (mermaid) atop a bed of cracked ice to tout an Asian supermarket chain, so be it. He did that, with a fish as a mic prop, to boot.

At the time of this interview in 2007, BB was associated with an acclaimed play, “The Romance of Magno Rubio,” Lonnie Carter’s stage adaptation of the late writer/activist Carlos Bulosan’s seminal short story. It depicts the lives of Filipino migrant workers in the United States in the 1930s. Bernardo played Prudencio, one of the five workers in the story set in California’s Central Valley, several times.

BB was always as comfortable in legit theater as in TV sitcoms. Many Filipinos remember him as Steve Carpio in Dolphy’s “Home Along Da Riles,” which ran for 10 years in Manila.

A UST alumnus, BB went to the States for the first time in the 1960s when he pursued an MA in Dramatic Arts at the University of California, Santa Barbara (UCSB) in the 1960s. (BB also studied at the London Academy of Music and Dramatic Art on a British Council grant.) 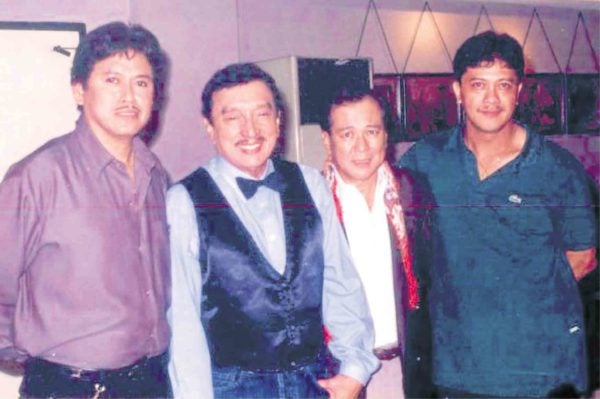 On his return to the US as an immigrant, the entertainer embarked on an itinerant lifestyle, going where there were gigs, whether in the East Coast or West and any place in between (or beyond), like Illinois, Texas, South Carolina and Alaska. BB finally settled in California, where … he taught Intermediate Tagalog (“actually, survival Tagalog” in two universities).

In LA, his nest for the past few years, he worked as a marketing director for an ambulance company in addition to appearing in shows and plays. He earned another degree recently—an MA in Education/English as a Second Language from the University of Phoenix Online—then reenrolled to pursue a bachelor of science degree in Information Technology.

The actor, recipient of US-based Filipinas Magazine’s Top 10 Achievers Awards (for Entertainment) in 2005, demonstrated his humor in the following Q&A.

How does the “Magno Rubio” metaphor, “America the Bountiful as a hard-hearted bitch” … resonate with you, as an immigrant in the United States? Well, nothing much has changed. On board the S.S. United Snakes of America, even the modern manongs are finding out that, in many ways, whether you rock the boat or not, our Little Brown Brothers tend to get dunked. Lady Liberty is still long on promises and short on delivery.

So, I had to structure the timeline of my reinvention and strategize my networking, auditions, showcases, public service, publicity and promotions … the works!

Do you feel that Carlos Bulosan’s exposé on the plight of migrant workers is still relevant today? It’s funny how things change and yet essentially remain the same.

Magno Rubio lives even now. They’re rapping the second verse. How can the wars, the political and social problems, and the plight of migrant workers change … and yet remain the same? Evolution is such an achingly slow process.

What are your insights from living “along Da riles” on Dolphy’s TV sitcom to living in “da United Snakes of Amerika”? It’s just like living “along Da Riles.” When you’re poor in America, you’re poor but probably better dressed, because of Ross Dress for Less (a discount store) or the Salvation Army. In da Pilipins, it’s either Eloy’s or ukay-ukay (used-clothes stalls). Here, the credit card is the Great Equalizer. In the Philippines, it’s “5-6!” In America, the Great Escape Clause is known as “Bankruptcy.” In da Pilipins, it’s Migrating to the US.

What was it like to teach Tagalog to new generations of Filipino-Americans? Sometimes it’s touching and inspiring and I get overwhelmed. Many of the young Fil-Ams sincerely want to find a sense of identity. Of course, some students take the Tagalog class, assuming that it’s an “easy language elective.” Hah!

Any regrets about uprooting yourself from your career in the Philippines and moving to the States? No regrets. I took a closer look at “wazzup” in my life and I decided, in a manner of speaking, that I’d done there, been that. And it was time to do a Matilda. You know, “Take the money and run Venezuela!”