Love teams’ ‘power of two’ effect is not forever 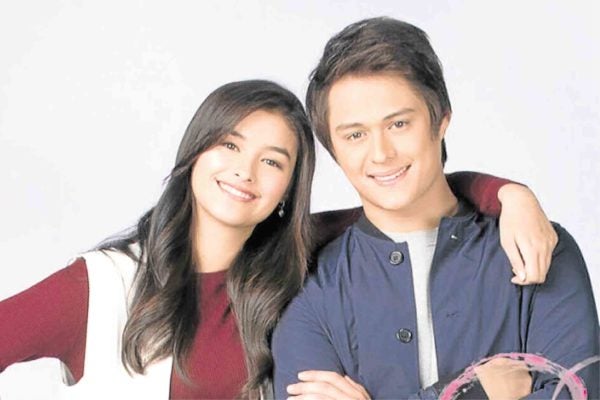 Despite the veritable glut of teen love teams in local show biz this season, young comers still favor that “patented” way of making it from starlet to star.

This is due to the fact that many viewers are young and love-addled, so they strongly identify with teen love teams, and avidly patronize their shows and films.

In addition, the “power of two” effect often means double the effort and fan power, compared to starlets who go solo and thus have to do all of the pushing and pulling to get ahead!

For these reasons, new teen love teams are constantly being launched, with varying levels and degrees of success.

Of late, McCoy de Leon and Elisse Joson have made some inroads, as have Nash Aguas and Alexa Ilacad, and Gabbi Garcia and Ruru Madrid.

On the other hand, some young comers have realized that the love team route is not the way for them to go—like Tommy Esguerra, who is no longer being paired with the visibly more mature Miho Nishida.

On a recent TV outing, Tommy was featured as a solo star in a dating-game portion that got the girls and gays all a-dither, indicating that his handlers’ decision for him to “go solo” was spot-on.

Also instructive is the fact that, in many cases, the male member of a love team makes the biggest waves in terms of fan impact, indicating that more females dote on the team-up.

This was apparent in the initial impact of the Daniel Padilla-Kathryn Bernardo love team, due to his “inherited Bad Boy” (from uncle Robin Padilla) appeal.

For this reason, there has been a conscious effort to spice up Kathryn’s screen projection —most significantly with “La Luna Sangre,” where she has been given attention-calling scenes to make her stand out.

Ditto for James Reid and Nadine Lustre, due to James’ drop-dead good looks. But, Nadine has of late also come on strong as a sexy fashionista, so they’re now more evenly matched.

For their part, Liza Soberano and Enrique Gil started out evenly matched, but Liza’s “flowering and empowering” beauty has made her the cynosure of all eyes. So, Enrique has to work harder to keep up with her ascendant appeal.

This will probably happen in their latest TV costarrer, “Bagani,” which is an action spectacular, so Enrique bids fair to go to town in it with many swashbuckling feats.

These and other love teams can take their cue from Kim Chiu and Xian Lim, who did well as a love tandem, but have realized that the good times can’t go on forever and a day!

So, love teams should enjoy their ascendancy while it lasts, but also be prepared to occasionally do projects with other costars—as Kim and Xian have now very wisely opted to do!