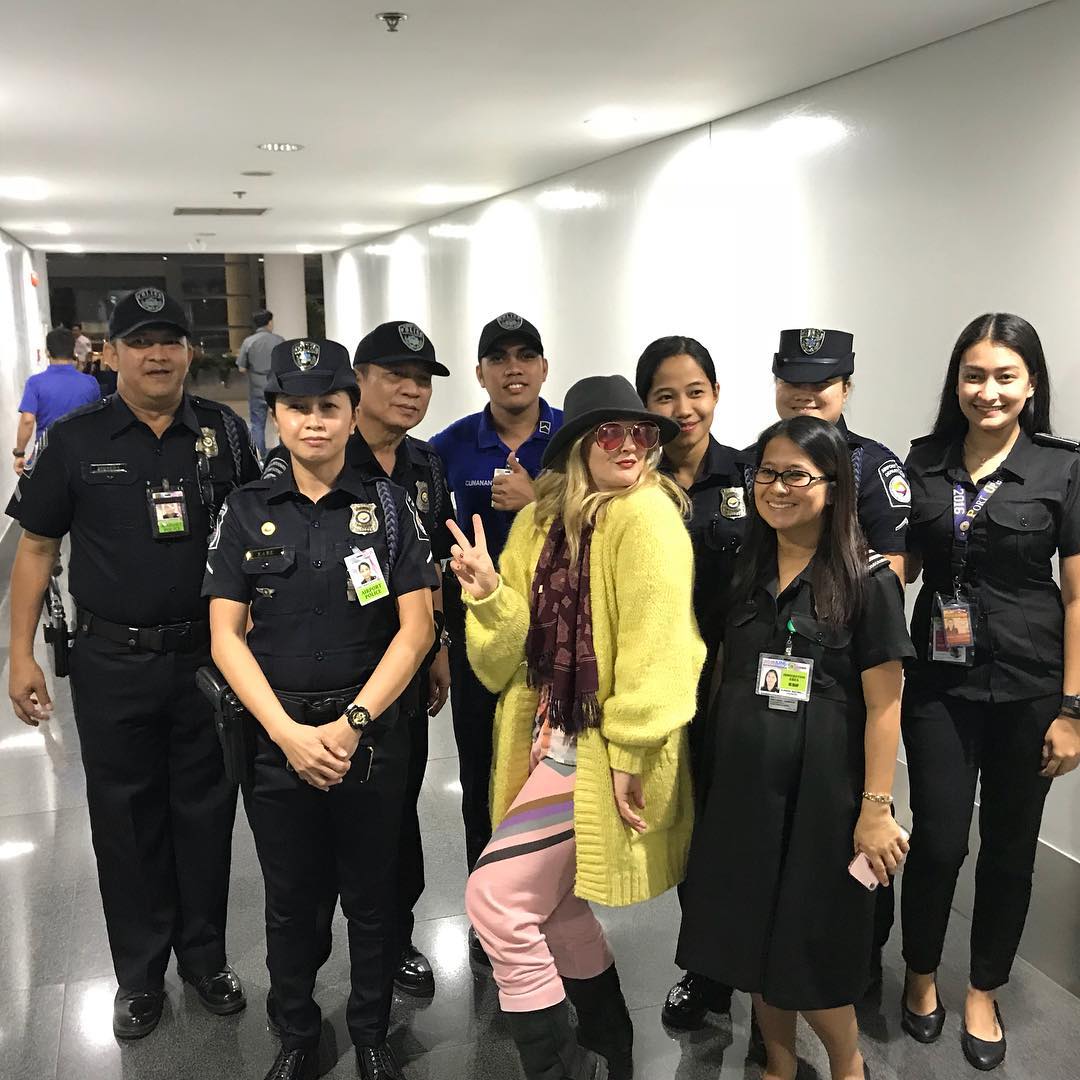 Barrymore announced her arrival in the country by posting a photo of herself and Ninoy Aquino International Airport security officers on Instagram. She wrote, “We have arrived. Safe, as you can see! So many guards I feel like a alterna grunge princess.” 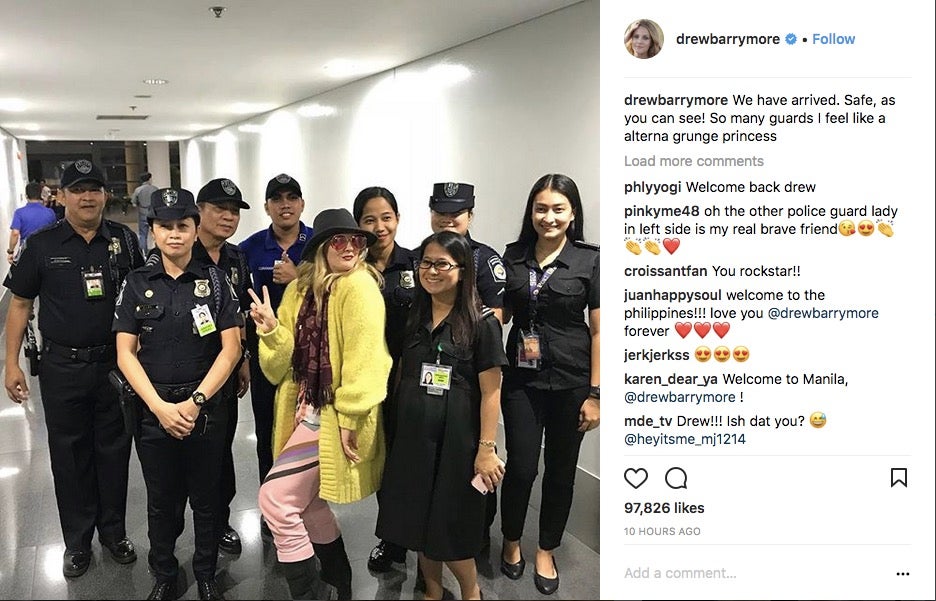 The actress is visiting the Philippines to promote the second season of her Netflix series “Santa Clarita Diet”. A kick-off event with co-star Timothy Olyphant will be held on March 12 at the SM Megamall Fashion Hall.

Barrymore’s hit movies include the Steven Spielberg classic “E.T. the Extra-Terrestial”, and the popular romantic comedies “The Wedding Singer”, “Never Been Kissed” and “50 First Dates”. She also starred in two “Charlie’s Angels” film revivals in the early 2000s.

She last visited the country in 2016 for a branding trip of her make-up line Flower Beauty. JB