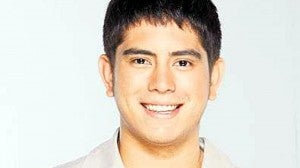 ANDERSON. A pat on the back for his drama series.

NICK Reyes, businessman, shares: “‘Asiong Salonga’s’ winning the lion’s share of the awards in the MMFF augurs well for the return of action films. I watched the movie on its last screening for the day, and I was surprised to see the theater half-filled with a mix of young and old viewers. Its fine showing proves there’s a market for action movies if they’re well-made, even if they don’t topbill a popular star!”

Cecile Aday, student: “Whoever thought up the concept of ‘Budoy’ deserves a pat on the back. It’s hard not to get won over by the mentally-challenged title character, played by Gerald Anderson—which probably explains why it’s a big winner in the ratings game.”

Yollie Bondoc, televiewer: “A recent episode of ‘Story Line’ featured the moving story of a police officer who was killed while driving his van, which he used to ferry passengers to augment the family income. He could have opted to make more money on shady deals, but he chose to be honest and righteous, which led to his death when his van was held up.

“The horrible incident happened three years ago—but, it was still painful to watch the episode. Stories like this deserve to be told, if only to prove that there are still a few good men in uniform!”

Ludy Mendez, housewife: “I hope that the staff of a local TV game show, where contestants burst balloons to win prizes, discards those balloons properly, because they’re non-biodegradable.”