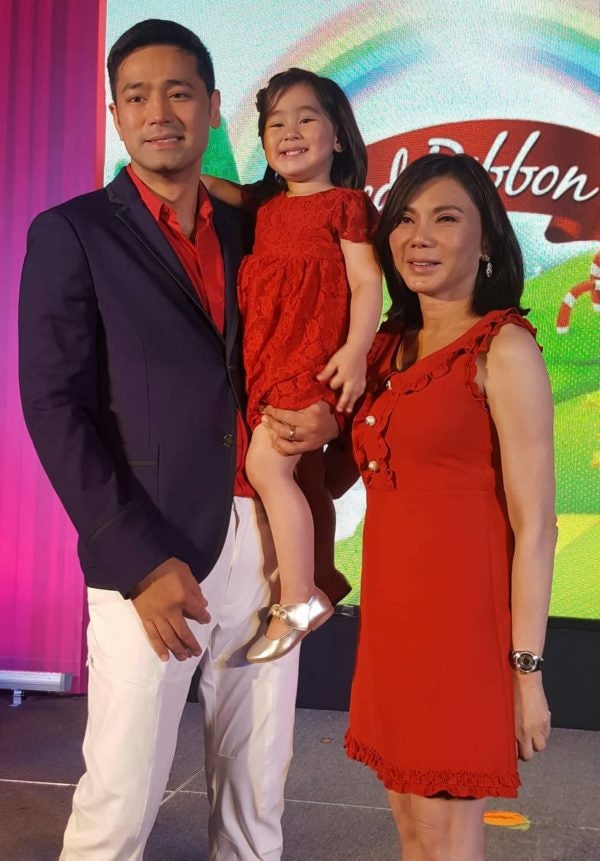 Without a doubt, two-year-old Scarlet Snow Belo is among the most celebrated kids on social media. But doctor-to-the stars parents Vicki Belo and Hayden Kho make sure their daughter, despite a soaring celebrity status, still lives a normal life.

While her unbelievable online fame endears her so much to the public, it’s actually starting to affect her privacy even before she fully develops full cognizance of the world.

Thanks to her privileged parents, one way they make sure Scarlet tastes normalcy is through vacations abroad, which their family do all the time.

“Abroad it’s mostly Japanese, Koreans, Russians, so hindi nila kilala sino si Scarlet so they treat her like anybody,” Belo said at the launch of Scarlet Snow as the newest endorser of Red Ribbon. 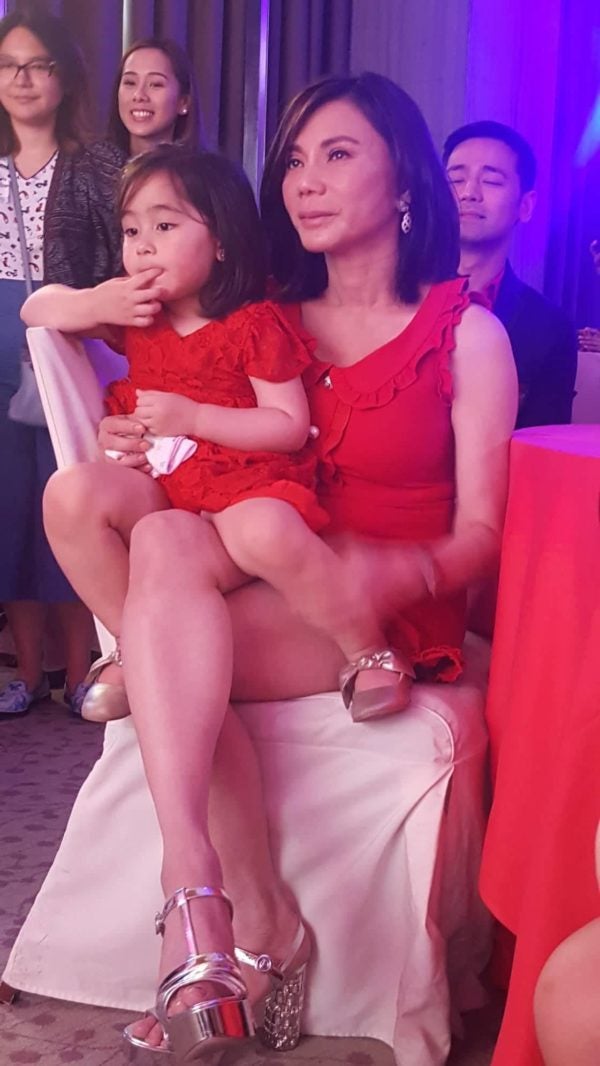 She maybe a social media superstar but Scarlet Snow is just like any regular cute cuddly kid at home.

“A typical day is she sleeps with us, so we wake up in the morning and she tells us, I usually go to Yoga kasi 6 in the morning so it’s harm for me to go na kasi she says ‘our family is not complete’ every morning ‘yun. It’s hard you know coz’ in our life, you have to carve out time for exercise and that’s early in the morning,” Belo said.

Contrary to the generic public perception that the kid is as glamorous as her parents, Belo says they actually dress her up with normal clothing brands. 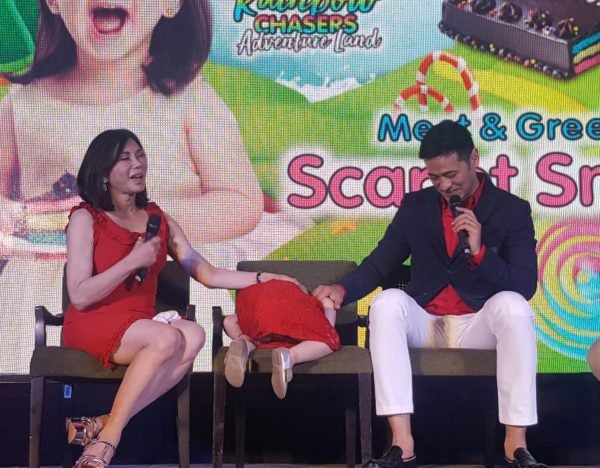 Scarlet Snow delighting the audience as she plays around fronting her cute butt in the middle of her interview for her Red Ribbon launch. Photo by: INQUIRER.net/Clarizel Abanilla

The famous kid also sees a bright future ahead with the early lessons she takes.

“Then of course, she comes home and she sleeps, we took so many lessons for her. She has Chinese, Mandarin, she has swimming, she has gymnastics, reading class, piano, voice, she enjoys it naman,” Belo said.

“We want to be totally normal as far as we can make her normal,” she added.

Daddy Hayden also elaborated on Scarlet Snow’s schoolings and what they do afterwards.

“She attends naman a play school, every morning she has something to do. ‘Di naman ‘yun everyday ah, baka iniisip niyo inoover work namin ‘to. One lesson per week except Chinese, she does twice. I think ‘yung pinaka special moment is ‘yung 12 o’clock, ‘pag tapos na lahat ng lessons niya and kami din tapos na sa work. We just stay in the room and watch TV, we just make kwentuhan and just watch her being very jolly,” said Kho.