Prismatic views of love on the silver screen 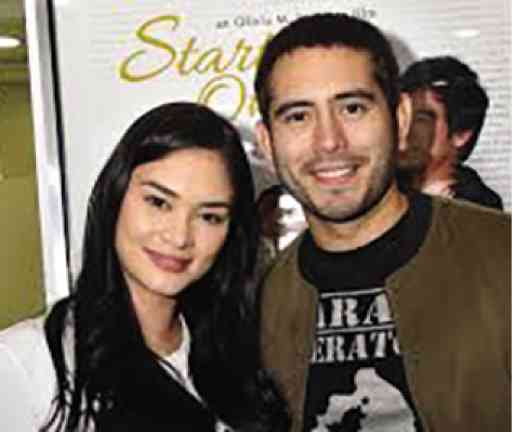 This love month, more than the usual number of Filipino films are being screened in our cineplexes, amounting to an unofficial minifestival of romantic movies—and, that’s all to the good.

They include the teen fantasy flick, “My Fairy Tail Love Story,” topbilling the love team of Janella Salvador and Elmo Magalona, which appears to have been given a second lease on life, despite Elmo’s continuing and enervating “niceness.”

Contrastingly, Coleen Garcia and Xian Lim’s costarrer, “Sin Island,” is of the “sexy, young-adult” variety—a significant departure for Xian, who’s usually identified with boy-next-door roles, many of them with his “real and real” squeeze, Kim Chiu.

It’s good to see Xian branching out and growing up in more ways than one. In “Sin Island,” he and Coleen are married, but she has an affair, prompting him to go on “rebound” mode and hooking up with a complaisant chick (Nathalie Hart).

This could be Coleen’s last “sexy” film, because she’s getting hitched to Billy Crawford.

The film by Gino Santos is also a significant step up for Nathalie, who’s relatively new and untested.

Naturally, viewers would want to see for themselves if she “deserves” being singled out, among many other lissome starlets currently available, for the “third lead” role in the hot-to-trot island romance. Let’s hope she passes muster!

Moviegoers are also curious about a yet untitled film that topbills Pia Wurtzbach and Gerald Anderson.

Pia already made her film comeback in last Metro film fest’s hit Vice Ganda starrer, “The Revenger Squad,” but the success of that flick was mainly attributed to Ms Ganda.

In her new movie with Gerald, they share the focus and responsibility to connect and click with viewers—so, good luck!

Pia’s new movie is billed as a romantic comedy, and appears to have a bucolic setting. That’s a far cry from the sophisticated context that the former Miss Universe is usually associated with, so it could be an “out of the box” experience for her.

But, with Cathy Garcia-Molina helming, Pia should be able to manage the adjustment.

Another “issue” could be that Gerald is a vastly more experienced actor, so their scenes together could look “mismatched”—but, hope springs!

Another romantic offering this Love Month is Irene
Villamor’s “Meet Me in St. Gallen,” with Bela Padilla and Carlo Aquino.

Carlo is one of our “better” young-adult actors, so it’ll be interesting to see how he’s progressed in performance, since we last saw him on the big screen.

As for Tom Rodriguez, he has a new movie in the works with Lovi Poe and Erich Gonzales, Joel Lamangan’s “The Significant Other.” And Paolo Ballesteros topbills “Amnesia Love” with Yam Concepcion.

That’s a full plate of exciting viewing prospects,—so, be prepared to eagerly support, and partake!