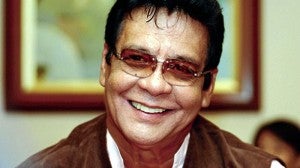 In the course of our TV-film-theater career as director, scriptwriter and performer, we’ve had the great good fortune of having been able to work with or otherwise interact with some of the best and most colorful icons of stage and screen.

Nora Aunor, Joseph Estrada, Vilma Santos and Fernando Poe Jr. are only some of the local movie industry’s brilliant, leading lights who have taught us many memorable lessons, each in his or her own unique way, that we in turn have sought to impart to the younger artists we continue to mentor:

From Joseph Estrada, for whom we wrote quite a number of film scripts, most of them megged by our fondly remembered manong, Cesar “Chat” Gallardo (one of Erap’s favorite  directors), we learned not to judge a book by its cover.

At first glance, the action superstar-producer turned top political leader appeared to mirror and vivify the rash, brash characters he so vividly portrayed on the silver screen.

In actuality, however, he was a savvy and competent producer who, in our nightly “drinking tutorials” out on the town, taught us much of what we know about how Filipino movies are really made – and how they connect so powerfully with viewers’ most seminal hopes, fears and dreams.

The same goes for Erap’s best buddy, FPJ. We never really worked together, but he sought us out and shared his hopes and plans, including his (unfinished) gift to the Filipino nation, an inspiring cinematic masterwork directed by no less than Gerry de Leon.

He was also rightfully proud of his simple and yet visionary system of film preservation, which enabled him to save most of his studio’s productions, while other producers’ movies went the way of all combustible and sadly evanescent celluloid dreams – as cinematic “vinegar.”

Why did FPJ favor us with his occasional mentorship? Perhaps it was because we were the first to point out that he was a much better writer-director than actor, and should thus be remembered more for his cinematic storytelling prowess and insights.

From Nora Aunor, we learned the key importance of native looks and essence, and of instinctive thespic talent over the learned, affected and “imported” (mestizo) variety.

She made a lot of mistakes in the course of her helter-skelter career, but pretty much all by her lonesome, she put an end, albeit temporarily, to the local movie industry and its audience’s “colonial” preference for stars who looked foreign and thus did not represent the brown, pug-nosed viewers who idolized them.

Yes, she was also an instinctively fine actress, but so were a number of her contemporaries. What Nora had that they didn’t possess and thus couldn’t vivify was the greatness and rightness of her looking and being Filipino.

On another plane entirely, we also got to know and love Nora as a person, so we learned a lot from that, as well. So, despite all the evidence to the contrary that her detractors keep pulling out like randy rabbits from  their magicians’ hats, we continue to believe that Nora still has some more great performances left in her.

We wrote many more movie scripts for Vilma Santos, so we learned a lot from interacting with her, as well. Instructively, those lessons are different from what we got from Nora, but are no less rewarding:

Even as a cute, giggly teen star who gave her fans what they wanted, she was also a quietly intelligent performer who knew what was exactly right and emotionally logical for the characters she portrayed.

In time, that innate logic and readiness to tackle new challenges propelled her to  the world of politics, where her rare combination of popularity, smarts and desire to serve have primed her for even bigger challenges to come.

With all of that going for her, she could zoom all the way to the top as early as the next two national elections. And, should that happen, quite true to form, we can bet that Vilma will make doubly sure she’s good and ready!