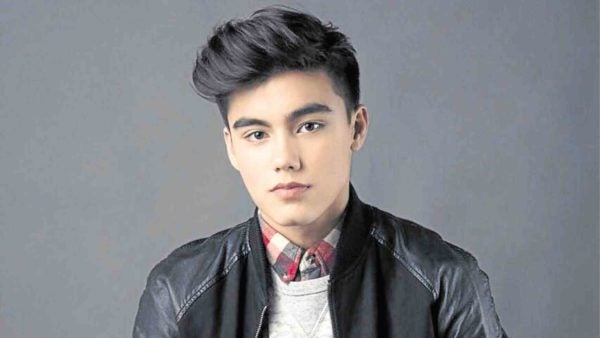 Some scintillating stars are flying extra-high this season, adored by their fans and kissed by the show biz muse—twice for good luck and pluck!

This month, they are paced by teen fave Bailey May, who’s come back for a short break after his training stint in the States with Simon Fuller’s new “global” teen singing group, Now United.

Nobody can blame Bailey if he gushes about his new “international” singing family, the members of which have been stringently vetted from many thousands of young, starry-eyed, talented and charismatic lookers from different countries.

As one of the group’s Asian reps, Bailey can do a lot to make global fans adjust and reconsider their image of and template for the young Asian musical artist—way beyond K-pop.

The fact that he has a fresh, winning and “international” look could in time make Bailey one of the group’s “signature” talents, summing up in his look and person what Now United aspires to become.

Other Pinoy talents making winning waves globally include John Lloyd Cruz, who was recently nominated by the International Cinephile Society as best supporting actor of 2017, for his cross-gender portrayal in “Ang Babaeng Humayo.”

John Lloyd was stunned by the unexpected nomination, the winners of which awards were announced last Feb. 4. Even if he didn’t win, the fact that Cruz was singled out and cited in the high-octane company of admired thespians like Armie Hammer, Willem Dafoe and Armand Valois was sweet victory and affirmation enough. (Michael Stuhlbarg, Armie’s “Call Me by Your Name” costar, won in the category.)

The recognition comes at a most welcome time for John Lloyd, because he’s recently been dissed and bashed for peremptorily departing from his TV sitcom, “Home Sweetie Home,” as he attends to matters of the heart and hearth, leaving his coworkers high, frazzled and dry.

Temporary “replacement stars” like Piolo Pascual and Rufa Mae Quinto have been shoehorned in to keep the show interesting and involving, but it hasn’t worked—and the “fill in the blanks” stress and strain still show.

So, John Lloyd should hurry and hustle back to work, to be fair to his coworkers. And, his Cinephile nomination does help remind people that his talent is exceptional, so he “deserves” to be understood, not dissed and bashed.

On the other hand, fans of the Jodi Sta. Maria and Richard Yap TV-film love team are smiling a lot these days, because they have a new TV rom- com series on view, “Sana Dalawa ang Puso,” with Robin Padilla costarring.

Jodi and Richard first clicked on the TV screen with the “extended” success of “Be Careful With My Heart,” which ran for two years.

They then did a film together, but a new TV series that could also run for months and months gives their fans, who similarly adore them, a daily tickle and tingle that they look forward to—and hugely appreciate.