Too cute and disarming to compete with 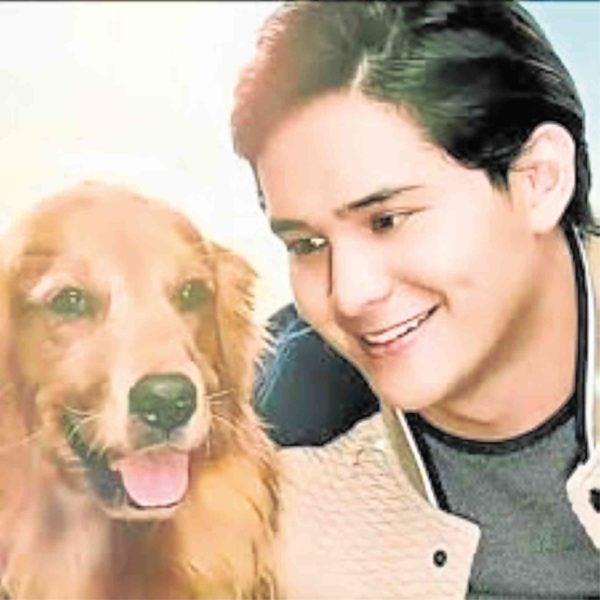 Many of the new teleseryes making their debut this month are of the usual, love-and-vengeance variety—but, “Sherlock Jr.” opts to take a bracingly different tack, focusing instead on “light action-comedy-fantasy,” and topbilling not just human actors, but also—a dog.

The lovable pooch is nicknamed Siri in the show, and is introduced in the new series’ backstory and flashbacks as the pet of Irene (Janine Gutierrez), the girlfriend of the show’s protagonist, Jack (Ruru Madrid).

It’s intimated early on that “something” has happened to Irene by the time the storytelling gets to its present tense, but exactly what that is has yet to be revealed, as of this writing.

In any case, we see that a psychic link of some sort is in the process of being forged between the unfolding and developing characters of the show’s human and canine leads—another storytelling wrinkle that makes the show stand out from a “fantasy” point of view.

How do the new series’ first telecasts shape up? As we watch them unfold, we recall the old show biz “warning”: “Think twice, thrice or even more times before agreeing to act in a scene involving a baby or animal.

The veteran performers have come to this cautioned conclusion because babies and pets are too cute and disarming to “compete” with onscreen, and are sure to upstage adult actors in the scenes they share.

True enough, in “Sherlock Jr.,” the human actors are
unintentionally upstaged by the dog playing Siri, a frisky, natural charmer who also
has an “expressive” face and features.

Now, we know that much of the canine actor’s expressiveness is staged or “arrived at” for viewers to “read” it in the expected way—but, in performance, it’s the effect that counts.

Given this built-in canine advantage, it’s a compliment to Janine that she’s able to hold her own in her scenes with Siri.

Perhaps it’s because she’s bothered to work out some sort of rapport or nonverbal interaction with Siri, which makes their symbiotic pet-owner relationship feel believable.

Unfortunately for Ruru, he isn’t able to do that, partly because he and Siri are supposed to be rivals for Irene’s affection.

Still, he should have figured out some way to develop his own byplay or interplay with his canine coactor, since they figure in so many scenes together, and he’s the show’s main protagonist.

Another insufficiency on Ruru’s part as an actor is his being a pleasing but “generic” performer.

By this, we mean that he portrays the obvious or surface level of his assigned character (young, loving but occasionally conflicted investigative reporter), but doesn’t go deep enough into his specific and felt essence.

Yes, Ruru is pleasant and good-looking, but he needs to expand and deepen his portrayal to make viewers interested in and care enough about what happens to him for the long term.

Most of the other actors in the show also need to do the extra work, and get more believably involved in their different interrelationships. Otherwise, they will be reduced to playing second fiddle—to their canine costar!

Read Next
Karylle on meeting Marian: It was a beautiful moment
EDITORS' PICK
Leveling up your ‘lutong bahay’ with the kitchen companion you never knew you needed
SM prepares for ‘safe malling’
Notice of 2020 regular meeting of stockholders June 18, 2020
LIST: What to expect in areas under GCQ, MGCQ
Drilon wants repeal of penal provisions in proposed Bayanihan extension law
DOTr bares 2 phases of public transport revival in GCQ areas
MOST READ
LIST: What to expect in areas under GCQ, MGCQ
Hong Kong loses US ‘special status’ — what next?
Duterte approves Metro Manila’s shift to GCQ starting June 1
Bocaue Mayor Joni Villanueva passes away, Sen. Villanueva confirms
Don't miss out on the latest news and information.