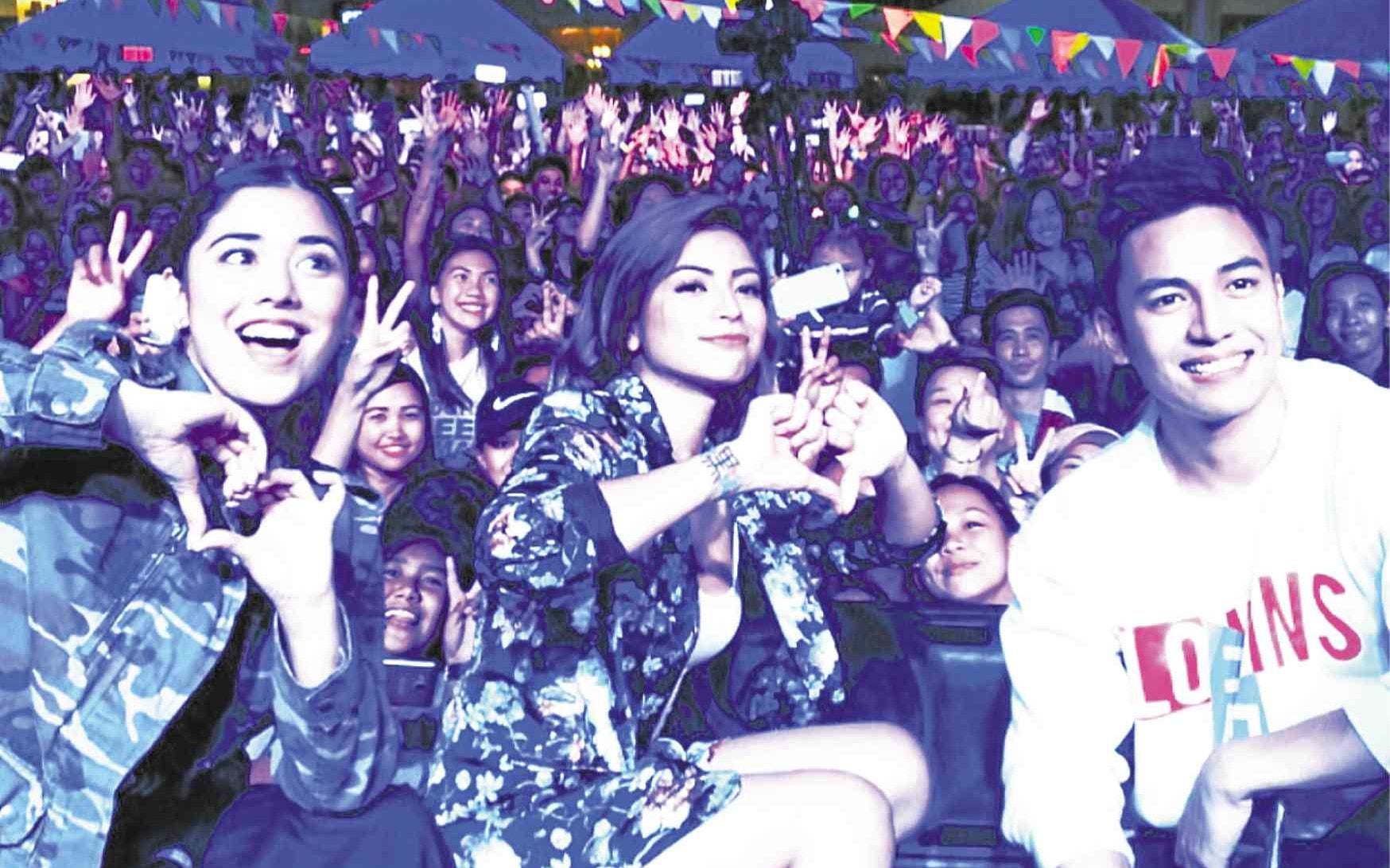 I’m still in an Iloilo state of mind. I got a Dinagyang fiesta hangover. The culminating event of the Kapuso extravaganza was a mall show in SM Iloilo, featuring Glaiza de Castro, Lauren Young and Jak Roberto, who topbill GMA 7’s coming afternoon soap, “Contessa.” The fun trio was mobbed by their Ilonggo fans.

We ribbed Jak about his rumored romance with Barbie Forteza. He refused to budge, but the twinkle in his eyes was a dead giveaway. For her part, Glaiza told us that she’s now ready for a serious relationship, since her previous ones were short-lived.

Lauren cracked us up with her antics. She could pass for a comedienne. The three stars enjoy each other’s company, and it shows even when nobody’s looking.

What’s your plan for Valentine’s Day?
L: I might visit my boyfriend, Robby (Garcia), who works in Boracay. If I can block off Feb. 14 from my schedule, I would (laughs). He’s half-Brazilian. We’ve been together for three years.

G: Since my love life is zero, I might accept the invitation to perform in a band’s gig, to distract myself from the thought that I have no Valentine date (laughs).

J: I’m not the type who plans. I prefer spur-of-the-moment dates.

L: It’s better to be friends first before becoming lovers. Friendship is the best foundation. Keep everything fun.

G: Choose wisely before you give your full emotional investment. My past relationships lasted for only three to six months, because my family is my priority. But now, it’s my family who’s already bugging me to have a love life (laughs).

J: No pretensions. Show your true colors from Day One.

G: I would rather see it as an act of seeking justice. In the show, I was wrongly accused of killing my husband on our honeymoon. Personally, I’m not the type who would seek revenge. I just lift it all up to the Lord.

Lauren, do you dream about being a beauty queen like your sister, former Miss World Megan Young?

L: I was toying with the idea of joining last year. But I said to myself, if I join Binibining Pilipinas, I would have to look like
a Victoria’s Secret model. There’d be too much pressure if I joined Miss World Philippines because of Megan, so I will just stick to show biz, where I don’t need a crown to be a winner (laughs). I often tease my sister, “Get out of show biz. This is my territory. You already conquered the beauty pageant world, so stay there (laughs)!”

How tough is it to shift from playing an antagonist to a protagonist?

G: I’ve always played kontrabida characters. In our show, it’s Lauren who portrays the villain. For a change, I get to feel what it’s like to be bullied. It’s emotionally draining, because almost every scene requires me to cry or have a breakdown.

It’s good that we have an acting coach on the set. There are times when she reminds me to tone down my acting, since I’ve gotten used to playing nasty characters. I’m enjoying this part of my journey as an actress. To be successful, we must endure hardship. So, I’m embracing this challenging role as Contessa.

Read Next
The latest goings-on between Elmo and Janella her mom Jenine should know
EDITORS' PICK
Beyond the Chocolate Hills: A farm-to-table, heritage culinary adventure of Bohol
Metro Manila logged most number of new COVID-19 cases — OCTA Research
WHO says monkeypox is not yet a health emergency
A massive highway complex makes living in the South highly attractive
Guarding Sara: Why next VP is getting own security team
House energy committee chair Arroyo bats for cheap electricity
MOST READ
Leon Barretto steps up for sisters, asks dad Dennis Padilla: ‘Please stop resorting to public shaming’
LOOK: Rita Daniela pregnant with first child
Marjorie Barretto to speak up on Dennis Padilla, kids’ relationship ‘in time’
Bea Alonzo, under lie detector test, says she wants prenup agreement with future husband
Don't miss out on the latest news and information.