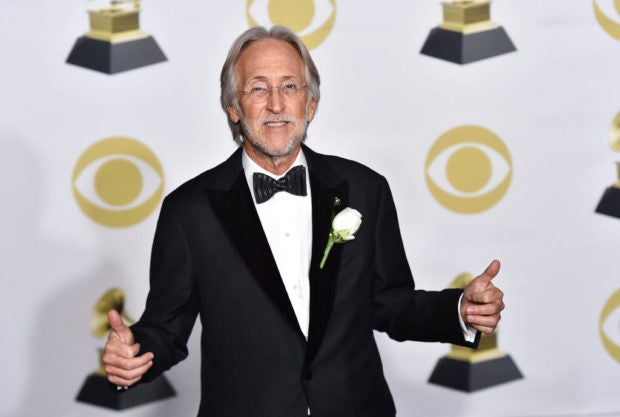 President of The Recording Academy Neil Portnow poses in the press room at the 60th annual Grammy Awards at Madison Square Garden on Sunday, Jan. 28, 2018, in New York. (Photo by Charles Sykes/Invision/AP)

New York, United States — The body that administers the Grammys vowed Thursday to do more to tackle gender bias after female artists voiced outrage over the lack of awards for women — and controversial comments from the organization’s chief.

The Recording Academy, which is comprised of 13,000 music professionals who vote on the industry’s most prestigious awards, said it was setting up an independent task force to examine the role of gender in the awards.

The task force will “review every aspect of what we do as an organization and identify where we can do more to overcome the explicit barriers and unconscious biases that impede female advancement in the music community,” the Academy’s president and CEO, Neil Portnow, said in a statement.

“We will also place ourselves under a microscope and tackle whatever truths are revealed,” he said.

Portnow, a music producer and label executive who has headed the Recording Academy since 2002, caused a furor on Sunday in a customary press appearance after the awards.

Portnow said that the music industry needed to show a “welcome mat” to women and increase mentorship to new professionals — but he raised eyebrows as he explained how female artists could win more awards.

“I think it has to begin with women who have the creativity in their hearts and their souls who want to be musicians… to step up, because I think they would be welcome,” Portnow said.

Pop singers Katy Perry and P!nk were among the prominent women who took Portnow to task for his remarks.

“Women in music don’t need to ‘step up’ — women have been stepping since the beginning of time,” P!nk, who performed at the Grammys, said in a handwritten note she posted on Twitter.

Portnow, revisiting his remarks in his latest statement, said “I understand the hurt” caused by “my poor choice of words.”

“I also now realize that it’s about more than just my words. Because those words, while not reflective of my beliefs, echo the real experience of too many women,” he said.

Only one woman, Lorde, was nominated for the most prestigious Grammy of Album of the Year at the latest awards and none were in the running for Record of the Year, which recognizes best song.

The spat comes amid rising scrutiny over the treatment of women in the entertainment and other industries in the wake of allegations of systematic sexual abuse by Hollywood mogul Harvey Weinstein.