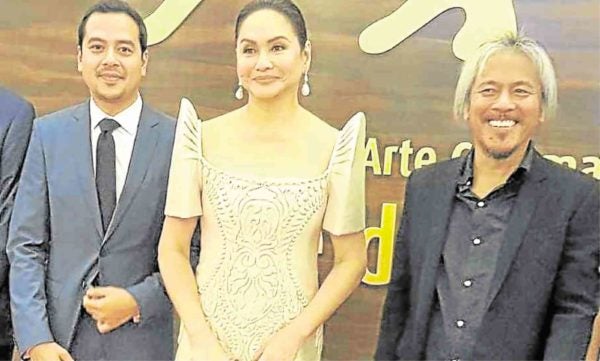 At the premiere of “Ang Babaeng Humayo” in Venice, from left: John Lloyd Cruz, Charo Santos-Concio and Lav Diaz

Published online on Jan. 23, the article seeks to “pay respect to the unsung roles the Academy [has] failed to recognize.”

Heath points out that “every year, the Academy Awards nominations inspire an impassioned response over which actors and films were ignored in favor of stuffy mediocrity (“Darkest Hour”) and grotesque caricature (“I, Tonya”).”

As an alternative to the “utterly toothless” awards season cycle, Heath drafts a list of “the year’s most enduring work … superb, but unsung performances.”

The critic asserts that this lineup should serve as “a frank reminder to all Oscar voters that cinema’s best spans far
beyond the limited reaches of their DVD screener pile.”

Heath says of Concio’s portrayal: “Rage, empathy, heartache, joy. This performance has it all.” 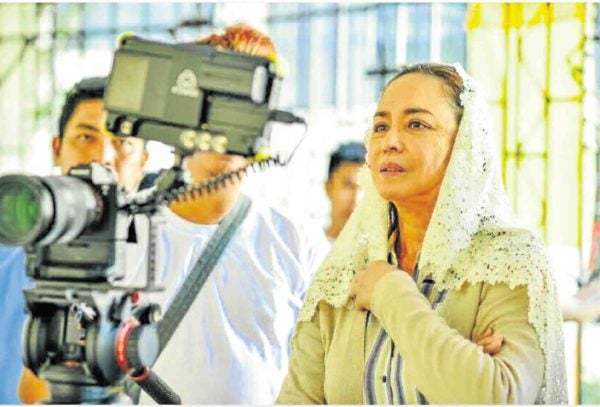 Asked about this latest rave review, Concio told the Inquirer: “I first received the good news from Lav Diaz. He e-mailed me the link. Of course, it was a pleasant surprise, and I told Lav: ‘Beautiful things happen every day.’”

Indeed, the same week that Heath’s article came out, it was also announced that “Ang Babaeng Humayo” had received three nominations from the 15th International Cinephile Society Awards.

“I’m very happy for John Lloyd’s nomination,” Concio remarked. “It is an affirmation of his talent and hard work. And I am truly proud of the many accolades ‘Ang Babaeng Humayo’ continues to receive.”

This stream of plaudits is a constant source of pride, she said. “It is indeed a testament to Lav’s cinematic excellence. Always a proud moment for Philippine cinema.”