Camila comes out of her shell 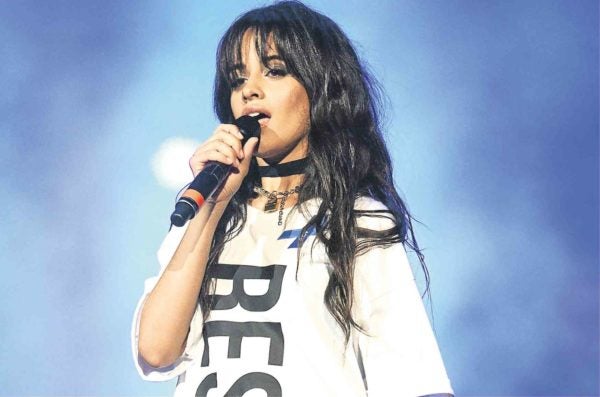 Former Fifth Harmony member Camila Cabello has been too busy with work the past couple of years that she has had no time for social life.

Thus, her New Year’s resolution this 2018 is simple—make new friends.

“I work so much that I don’t see people for a long time. Then, I forget how to interact with people. It makes me nervous,” Camila told Net-a-Porter in a recent interview.

“Then, I push myself and do it, and I remember it’s actually not scary to put yourself out there. Before, I was like, ‘It’s just a part of my personality.’ But I know that I have to constantly fight against (being) introverted. Usually, I don’t want to go out and meet a new person—even if it’s a boy I like, I make an excuse,” she said.

Camila is enjoying a successful solo career, so far. The 20-year-old singer’s self-titled debut album reached No. 1 on the Billboard 200 chart, as well as 99 iTunes charts around the world. Her Latin-pop song “Havana,” meanwhile, peaked at No. 1 on the Billboard Hot 100 chart and has been certified three times platinum. —ALLAN POLICARPIO