Knock-offs, retreads and rehashes at MMFF 2011 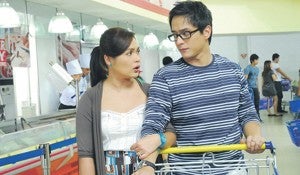 HAS the local movie industry run out of ideas? You can’t sit through most of the seven entries of this year’s Metro Manila Film Festival and say that you’ve seen something fresh and truly original: As Enteng Kabisote (Vic Sotto) figures in an odd romance with Ina Montecillo (AiAi delas Alas), Flavio (“Panday 2”) finds himself entangled in a strange romantic three-way roundelay with—a “closeted” fairy (Iza Calzado) and a jealous, fire-breathing dragon (Marian Rivera)! Love knows no boundaries, indeed.

The déjà vu moments don’t end there, however: After last year’s “Dalaw,” Kris Aquino finds another fright fest (“Segunda Mano”) to display her look of constant dread. And, Judy Ann Santos and Ryan Agoncillo rely on Eugene Domingo’s comic zingers to provide a shot of adrenaline for the couple’s domestic squabbles (“My Househusband”). 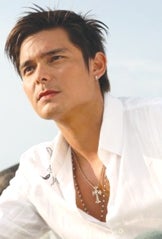 The wacky hybrid of “Enteng Ng Ina Mo” holds better than expected, and gets an added boost from Xyriel Manabat’s precocious (and precious) one-liners, as well as the “gender-sensitive” themes the production injects into its implausible tale by way of the unexpected twist that transpires between Alwyn Uytingco and Aiza Seguerra’s characters.

In contrast, while thematically more ambitious and visually impressive, the latest installment of “Panday” is muddled by a languorous pace and an overdose of fantasticating flights of fancy. 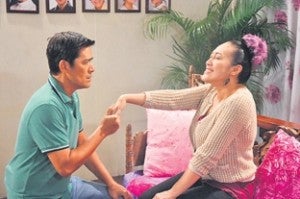 It doesn’t help that Phillip Salvador is prominently “showcased” in another vein-popping turn, which makes you realize how superficial his performance looks when seen alongside, say, Ralph Fiennes’ more sinister portrayal as Voldemort in the “Harry Potter” series. Moreover, Lorna Tolentino is wasted in a role that doesn’t require her to do anything but inexplicably laugh like a maniac—!

As it mines the situations of its kooky characters for comedy, Jose Javier Reyes’ “My Househusband” offers moments of vitality that are somewhat deflated by its been-there, done-that feel. Just the same, Agoncillo, Santos and the deliciously manic Eugene Domingo (whose impeccable comedic timing is on full display here), play to their individual strengths to keep the story rolling along—and the laughs coming!

Yes, there are cautionary lessons to be learned from the gangster’s turbulent life, but his exploits don’t need to be told repeatedly—because they aren’t worth emulating. And, if Salonga was indeed as charismatic as is suggested in the film, we don’t really see much of that in the hard-as-nails portrayal of Ejercito—who essayed the same role in Armando de Guzman’s 1990 actioner, “Asiong Salonga: Hari ng Tondo.”

But, Jerrold Tarog’s “Parola,” about teenage best friends caught in the crossfire of warring witches (Dimples Romana and Julia Clarete), plays best to the strengths of its lovely young leads, Louise delos Reyes and Kathryn Bernardo. The director was less effective in “Aswang,” but, here, the sense of unease he creates builds on you, then, escalates as the protagonists’ duel comes to a head.

There are fine performances (Jericho Rosales, Dennis Trillo, Solenn Heussaff) in Jun Lana’s “Yesterday, Today and Tomorrow,” an ensemble piece that churlishly uses tragedy to excuse its clichés. It droops due to predictability, strident dramatic focus and an (un)healthy serving of deus ex machina moments conveniently thrown into the fray to usher in one “pang-award” confrontation scene after another.

An expanded (and more convoluted) version of the director’s “My Neighbor’s Wife” (shown early this year), the movie again features Lovi Poe and Carla Abellana giving almost “identical” performances from that previous tear-jerker.

And Maricel Soriano? Her portrayal is a gut-wrenching ululation of hatred and grief—so much for subtlety, emotional shading and texture. But, she won Best Actress, anyway—and the film got a “Grade B” rating from the CEB. Imagine that.