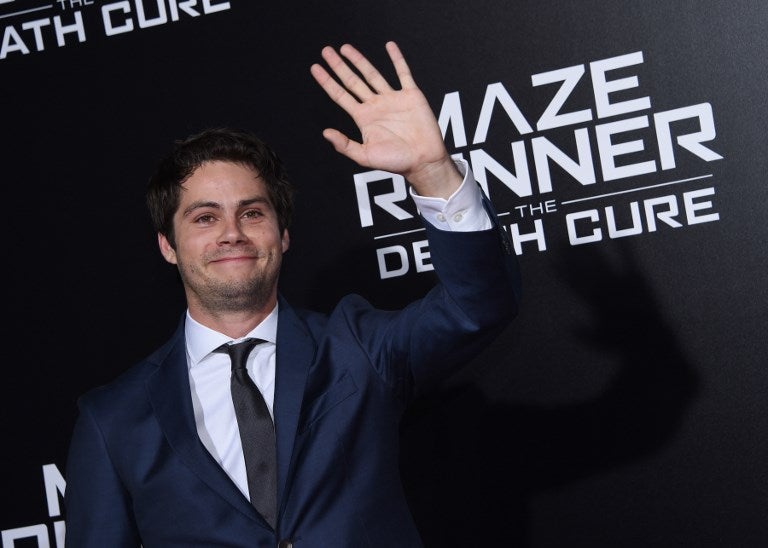 The dystopian sci-fi film, the third and last in the “Maze Runner” series, follows the life-and-death adventures of three young “Gladers,” teens immune to a destructive virus infecting the world.

The film’s release had been delayed a year after star Dylan O’Brien was injured on the set. It has proven “an all-out sensation overseas” while taking in $82 million for the week, according to HollywoodReporter.com.

Sony’s “Jumanji,” which had held the North American lead for three weeks, took in $16.4 million over this three-day weekend.

The family film, starring Dwayne “The Rock” Johnson and funnymen Jack Black and Kevin Hart, follows a group of teens who find themselves transported inside the video game world of Jumanji.

In third place was Entertainment Studios’ “Hostiles,” starring Christian Bale and Rosamund Pike in a gritty Western about a US cavalry officer who has to escort a Cheyenne chief and his family to Montana in 1892. In limited release since late December, the indie film entered wide release on Friday, taking in $10.2 million for the weekend.

In fourth and demonstrating continued drawing power was Fox’s “The Greatest Showman,” with Hugh Jackman as larger-than-life circus impresario P.T. Barnum. The movie took in $9.5 million in its sixth week.

And in fifth was another Fox film, “The Post,” netting $8.9 million in its fifth week.

The Steven Spielberg film, featuring mega-stars Tom Hanks and Meryl Streep as Washington Post editor Ben Bradlee and publisher Katharine Graham, depicts their tense legal battle to publish the Pentagon Papers, which exposed the lies behind US involvement in the Vietnam War.