There’s more to ‘Altered Carbon’ than sex, action and nudity 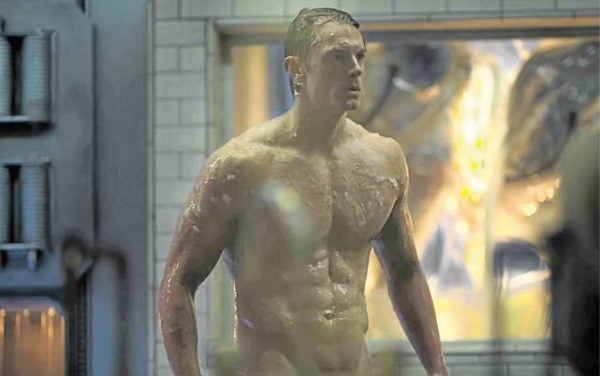 SEOUL—The seminal sci-fi series “Altered Carbon” will pique viewers’ interest with its generous serving of sex, nudity and a white-knuckle approach to action.

“During the first three days of shooting, I was naked in two of them. It’s a huge challenge to hurdle, especially when you’re doing it in front of 250 people on a set,” Joel stated with a sheepish grin when asked what it was like doing “the full monty” in the noirish 10-episode series.

He laughed even more when we teased him that those were probably the best days to invite us to visit the set. “Nah, not on those days (laughs),” he stressed. “Seriously, while getting naked may initially be uncomfortable to do, it’s also healthy because it helps you get rid of your inhibitions.

“It was exciting to do a TV show where you could tell the story in a completely honest manner, in terms of action and sex. 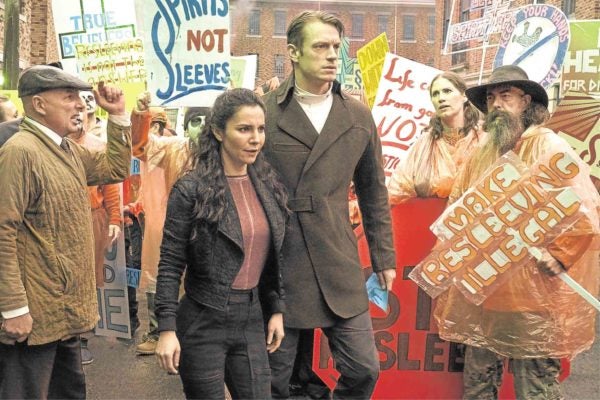 “For me, ‘Altered Carbon’s’ biggest draw is the fact that we’re creating and making this massive new world come to life on a scale that is usually reserved for big-budget cinematic ventures.”

The series expands and expounds on the cutting-edge themes tackled in Richard K. Morgan’s cyberpunk novel. What makes the show truly fascinating is that it banks on a “science-fiction” idea that could soon be developed into a “science-fact” concept. It gives the story of its beleaguered protagonist, 22nd century mercenary Takeshi Kovacs (Will Yun Lee), a measure of credibility and plausibility.

Takeshi “comes back from the dead” 300 years after his consciousness is “put to sleep,” stored in a downloadable disk, called Digital Human Freight (DHF)—not unlike the USB (universal serial bus) we use for storing data these days.

The reawakened rebel, who happens to be the only survivor of a failed rebellion against the totalitarian Protectorate that governs the world, finds himself trapped in a white man’s “sleeve” (Joel) as he navigates a strange but alluring dystopian world tasked with the mission of solving the murder of 375-year-old Laurens Bancroft (James), the wealthiest man in the Settled Worlds. Laurens has “reincarnated” himself by way of his cryogenically stored clone to avenge his own death.

Takeshi’s first stop: Interview the murder “victim” himself. The mercenary, who will be granted full pardon if he solved the complex task, must find out if Laurens really committed suicide, or if he was killed by his duplicitous wife, Miriam (Kristin).

But, Takeshi hits a fork in the road when he crosses paths with Reileen Kawahara (Dichen), the sister he grudgingly left behind 250 years ago, with the intention of saving her from imminent doom.

In this dystopian reality, the world is divided into the ultra-rich Meths, who live in the clouds in a city called Aerium, and the poor Grounders, who endure a hand-to-mouth existence in murky and murderous Bay City on Earth. With modern technology’s answer to the mythical “fountain of youth” around, the rich and influential can now live forever!

As much a white-knuckle murder mystery as it is a sex-and-action-packed morality tale, “Altered Carbon” examines the corrupting effects of immortality, as well as the evolution of new technology and its unintended consequences. Yes, the Netflix show, which begins streaming on Feb. 2, is worth bingewatching.

Excerpts from our Q&A with Joel and creator/showrunner Laeta Kalogridis:

The role doesn’t just require physical preparation, because Takeshi is also very sensitive. How did you prepare for your character?

Joel (J): I trained for three to five hours a day for six months. Martial arts keep me happy and humble. In terms of characterization, I don’t think about it too much. Every character has its own method.

With Takeshi, I tried out impressions of different animals, like big cats … tigers … and how they move. I wanted their stillness and how they’re always ready to lunge. After a while, everything just fell into place. I put my coat on—or off (laughs)—as the need arose. Whatever sticks is the character.

The show has a scintillating concept that is gorgeously realized by its sumptuous design. What were your inspirations for the show? Were those details specified in the book?

Laeta Kalogridis (L): Not really. I’m good friends with the author, so we talked quite a bit about the way he imagined that world evolving. It’s partly influenced by William Gibson’s East-meets-West version of the Sprawl in his trilogy (“Neuromancer,” “Count Zero” and “Mona Lisa Overdrive”), as well as the architecture of Zaha Hadid and Carl Trevor.

The Aerium is inspired by the Burj al Arab building in Dubai, because when you see the clouds around it, it conveys that sense of being completely separated from what’s underneath—a metaphor for [the show’s gaping] social divide. Some of them overlap with ideas from “Blade Runner.”

What are your thoughts about whitewashing, especially where the role of Takeshi Kovacs is concerned?

L: It’s more complex than that. Speaking as a non-Asian, I’m not trying to “whitesplain” this, so you can tell me I’m full of sh*t and I will not be offended. I worked on “Ghost in the Shell” back in the day when Steven Spielberg was attached to direct it. (Rupert Sanders eventually took over the directorial rein.) I was gone when they made the decision to cast someone (Scarlett Johansson) who was not Asian in any way—and it broke my heart, because [protagonist] Motoko Kusanagi is Motoko Kusanagi. The Major is an icon. 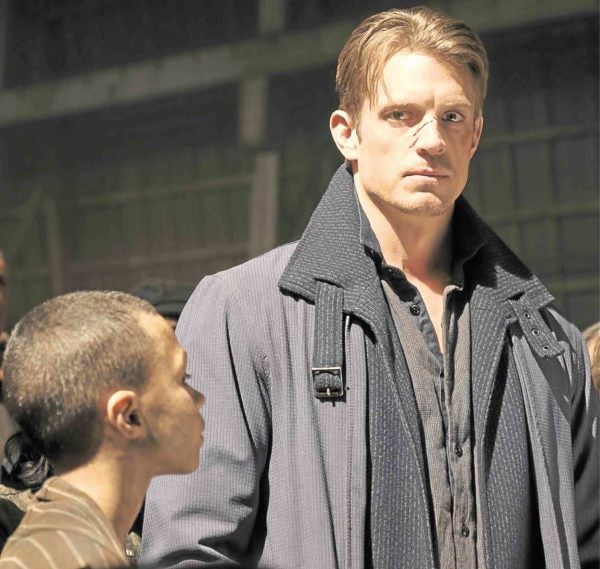 Kinnaman portrays a mercenary who “wakes up” in a different body.

The best way to put it is—Black Panther is not white, so you can never cast Black Panther as a white guy. So, casting a non-Asian in the role of the Major was truly weird … and offputting!

When I read the novel, it was very specific that Takeshi Kovacs is “sleeved” as a white guy when he shows up in Bay City. It’s not the kind of body that he would have picked if he had a choice … and he can’t get out of it! It makes his life more complicated, because people think he’s somebody else.

What we were able to do with Will (Yun Lee, the original Takeshi) was create an entire backstory that doesn’t exist in the books—about his sister, his life in Harlan’s World, and how he joined the anti-Protectorate uprising.

I am deeply uncomfortable with whitewashing. I don’t agree with iconic Asian characters being replaced by Anglo actors. But, that isn’t the case with this book—and that isn’t in any way meant to downplay how big a problem it is.

I recently sold “SAO” (Sword Art Online) to Netflix, and part of the agreement was that Kitty Cat Asuna would remain Asian. So, I’m hoping that our industry would rise to the occasion and never cast Wonder Woman as, say, a very short white man—because there are things you can’t tamper with about popular characters.

If you could choose to be “resleeved” into another person, who would you rather be?

L: I’d love to be Yo-Yo Ma, just to experience how it feels to play the way he does. I’d also like to be [world-champ freediver] Tonya Streeter, who can hold her breath for seven or eight minutes underwater without passing out.

Joel, if you were to be “resleeved” into one of your famous characters, who would you choose—Takeshi Kovacs (“Altered Carbon”), Rick Flag (“Suicide Squad”), Stephen Holder (“The Killing”) or Gov. Will Conway (“House of Cards”)?

What do you hope to see if you sleep and wake up 250 years later?

I hope to see that we have solved the issue concerning the dying oceans, and that we will no longer be waging stupid wars against each other. By then, I hope we can already combine our resources to explore space, instead of fighting each other.

And hopefully, we have not invented “Altered Carbon’s” “resleeving” technology, which would allow [United States President Donald] Trump to live forever (laughs)!