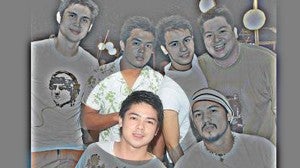 MANILA, Philippines—He did not live to celebrate the New Year.

The lifeless body of actor Jojo Malonzo Perez, better known as Tyron Perez,  was found inside his car in Valenzuela City on Thursday night, sending shockwaves throughout the show biz community, and stunning his family and friends.

While police are still looking into his  death, initial investigation showed that the alumnus of the GMA-7 talent search program, Starstruck Avengers, had been having bouts of depression  which may have led him to kill himself with a single gunshot to the right temple.

“We are looking at other angles, but suicide is 80 to 90 percent possible,” Police Officer 3 Harvey Aranas of the Valenzuela City Police investigation unit told the Inquirer.

According to Aranas, the body of the actor was found inside his black Toyota Altis parked on the service road of the North Luzon Expressway in Barangay Ugong around 7:30 p.m. The engine, police said, was still running at that time, and the air-conditioning system on. A sun visor had been placed on the windshield, Aranas said.

He added that the actor did not put on his hazard lights.

People living nearby told investigators that they noticed the car parked in the area as early as 8 a.m.

“But they did not check the vehicle because they thought it was just parked there. Nobody could see anything from the outside because the windows were also tinted,” Aranas said.

The residents finally informed the authorities when they saw that the vehicle was still parked by nighttime.

Because all the doors were locked, Aranas said, the police had to break the left back window of the vehicle to gain access.

Perez’s body was found on the right side of the car’s backseat, his head leaning against the door.

“There was a .22-caliber firearm in the vehicle, and an empty shell attached to the gun chamber,” Aranas said.

He said that Perez could have been dead for six to eight hours because his body was already stiff when found.

In his statement, Alvin Salazar, who identified himself as a friend of the victim, said that Perez’s wife, Liv, had told his own wife through text that the actor had spoken of plans to commit suicide.

The couple were having marital problems, Liv admitted on TV, so the Starstruck Avenger alumnus had not been living in their house in Parañaque, and was staying with Salazar instead.

Liv said that the actor even called her before he died.

Senior Police 1 Ronaldo Ruiz, investigator, told the Inquirer, however, that Liv had yet to give her statement to the police.

According to Salazar, Perez was also having financial problems. He said that the actor at one point pawned a car to a casino, which was redeemed only by a friend.

On December  27, Salazar added that the actor showed him a gun, which, Ruiz said, was the same gun found inside Perez’s car.

Police are still trying to find out to whom the gun is registered, Ruiz said.

Senior Inspector Arthur Quiñones, head of the investigation unit, told the Inquirer that even the exchange of messages between the victim and his friend, Priscilla Salazar, were also telling of the state Perez was in.

Despite the likelihood that Perez had committed suicide, Quiñones told the Inquirer that he was not yet ruling out foul play.

“The evidence we have retrieved so far points to suicide, but we are also looking at other angles,” he said.

Ruiz, for his part, said that the actor’s cadaver would be subjected to a paraffin test by the Northern Police District Crime Laboratory.

“If he is positive for gunpowder, then we can rule out foul play. If he is negative with that, then foul play comes into the picture,” he said.

He added that the firearm would be subjected to a ballistics exam to determine if it was the same weapon that killed the actor.

Perez’s body was taken to the Loyola Memorial Park in Parañaque. On January 2, it will be transferred to Concepcion, Tarlac, his hometown, for burial.