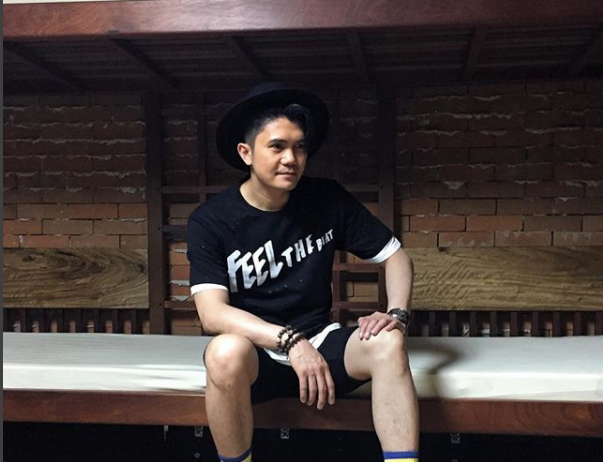 One of the show’s host, Amy Perez, announced that Navarro’s dad, Danilo, passed on. Navarro was not present on today’s show due to his father’s death.

(We know that you can go through this, and we’re here, your entire family, and our audience; we’re with you through your grief.)

It was not made clear what the cause of his father’s death was, but Navarro had been posting photos on his Instagram page, revealing that his father had been hospitalized.

In one such photo, Navarro and his whole family chose to spend Christmas with their padre de pamilya in the hospital.

A week later, he told his father “Kapit lang.” (Hold on.)

On his birthday, he took the opportunity to post throwback photos of the two of them. Navarro was grateful that “ang pahiramin pa samin ang buhay mo ang isang pinaka magandang regalong [natanggap] ko [ngayong] kaarawan ko.” (Your life still being lent to us is one of the greatest gifts I’ve received on my birthday.)

Aside from being a host of “It’s Showtime”, Navarro is known for his dancing skills, as he was part of the popular 1990s group Streetboys, along with Hilario. JB

Read Next
Angelica Panganiban is grateful for her ‘amigah’ Glaiza De Castro on her birthday
EDITORS' PICK
High inflation: Your P1 is now worth only 87 centavos
UK’s Boris Johnson will resign, BBC reports
High-risk pregnancy: Reducing your risk is in your hands
Geek out at TOYCON 2022 powered by Smart Signature
House energy committee chair Arroyo bats for cheap electricity
Unemployment rate up to 6% in May
MOST READ
Suspect in grisly killing of missing woman in Bulacan arrested
Kim Atienza’s daughter flaunts bikini body in response to critics of her ‘revealing photos’
Japanese artist who created ‘Yu-Gi-Oh!’ found dead in the sea
FDA probes popular Filipino noodle brand for ‘high level of ethylene oxide’
Follow @KHallareINQ on Twitter
Don't miss out on the latest news and information.