LOS ANGELES—In this part two of my column on “The Assassination of Gianni Versace: American Crime Story,” here’s more of Ricky Martin and Édgar Ramírez talking about their roles. The entire cast of the FX Networks’ production is getting enthusiastic reviews, including this one by critic Todd VanDerWerff of Vox:

“…As with any given (Ryan) Murphy production, the show’s cast is electrifying. Édgar Ramírez and Ricky Martin craft a deeply believable love for a lifetime in the handful of scenes they share together as Versace and his partner Antonio D’Amico, while Penélope Cruz might seem over the top as Donatella Versace, until you check out actual footage of the woman and realize the actress has absolutely nailed her performance.

“But it’s Darren Criss as Cunanan who leaves the biggest impression. Criss is best known as a dreamy song-and-dance man from ‘Glee,’ and his take on Cunanan is the very best kind of take on a dark character. He doesn’t want to create empathy for Cunanan so much as a kind of understanding. You are invited to think about him less as a person and more as an aberration, like some dark part of America’s worst self-made flesh. This is going to redefine Criss’ career, and it deserves to.” 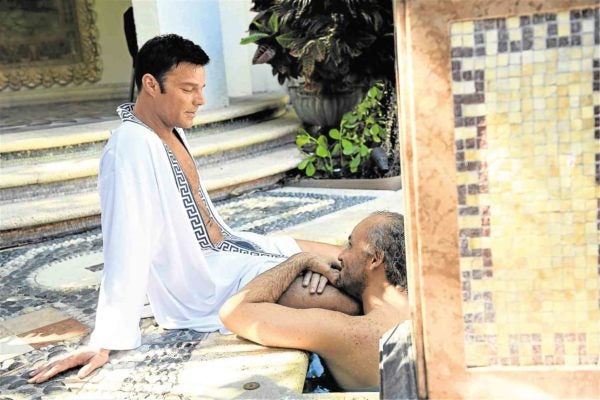 The pop star, who recently announced his engagement to Jwan Yosef, a Syria-born, Sweden-raised artist (they held hands at the recent Golden Globes, where he, Penélope, Edgar and Darren were presenters), was also grateful that the story was filmed in chronological order, except for the series’ opening scene which shows that tragic day in 1997.

“Something that I’m thankful for was that my scenes were shot in chronological order,” Ricky pointed out. “I had a natural buildup. The first scene I shot was me walking down the stairs, going to pick up my racquet ball, because I’m going to play tennis and Gianni saying, ‘Ciao,’ and me saying, ‘Ciao bello.’

“All I needed to do was go back to those eyes and him saying goodbye, and I get emotional. I was really immersed in this.”

The 46-year-old shared more on D’Amico, who’s often referred to as Versace’s lover and nothing else. “Antonio was raw,” Ricky began. “His honesty was cutting. That was why Gianni was obsessed and so in love with him. Antonio would tell him, ‘I’m sorry you’re wrong. And that’s a horrible sketch, by the way.’ That is the relationship that they had, and that’s what Gianni needed.

“Gianni was surrounded by yes people. The only person who would tell him, ‘You’re wrong,’ was Antonio. I think Antonio would also ask Gianni, ‘Come on, go out, have fun and live. Life is short.’ That stimulated Gianni in many ways.

“Most of the experiences that dictated Gianni’s collection was because of how Antonio exposed him to a pretty tough, heavy, funky sexual hallucinogenic life. I was asking around what happened when people would come to Gianni to talk bad about Antonio. He would become a lion.

“There was a special connection between Gianni and Antonio. They just had to look at each other, and they knew what they both needed. Antonio was a bit of a caregiver. He was the one who’d give him his vitamins every morning. So, Gianni felt protected by Antonio.” 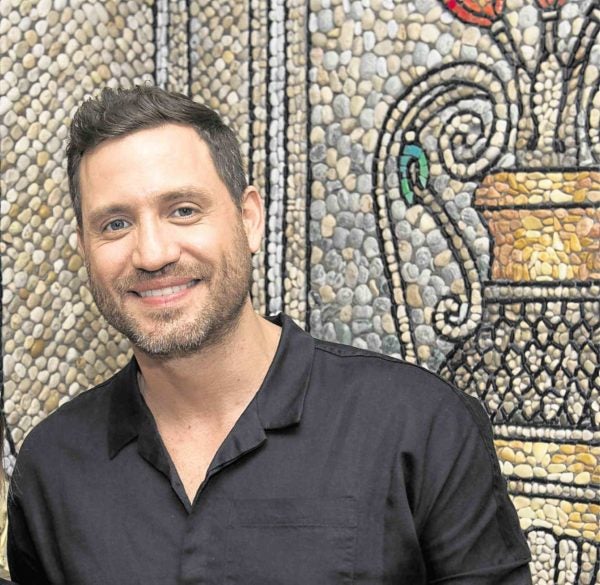 Édgar spoke about his different challenge when they shot the opening scene, which took days. “It was an interesting exercise of abandonment and trust because I spent days with my eyes closed, being handled by all the [actors playing] paramedics and witnessing the emotions that Ricky put into it,” said the Venezuelan actor.

“Gianni was declared dead roughly an hour after he was shot, so he might have been alive. He might have been listening to all the things that were going on around him, without being able to react because his body was shut down.

“I can’t fall asleep, but I had to be as quiet as possible. It was an exercise of trust.

“When we shot in LA, when they put me on the gurney for the first time and strapped me, I had like seven people around. I had a panic attack. My mind knew that it was fine, but my body was reacting to people talking.

On working with Darren, Édgar remarked, “Darren is great. I have never worked with him before. He has such a strong energy—he is a singer, musician, composer and a very fine actor. It’s interesting because we hardly encounter each other, but we share the same space many times. So we became closer personally on set. I’m very happy to be doing this with him. I know his work before from ‘Glee.’ ”

Édgar also discussed the dynamics between Gianni, Antonio and Donatella, as portrayed in the limited series. More than a week before “The Assassination…” premiered in the US on Jan. 17, the Versace family issued a statement blasting the series as a “work of fiction.”

“…The Versace family has neither authorized nor had any involvement whatsoever in the forthcoming TV series about the death of Mr. Gianni Versace, which should only be considered as a work of fiction,” the statement read.

Despite this statement, Donatella recently sent flowers to Penélope, according to Ryan. He told The Hollywood Reporter, “Donatella Versace sent Penélope Cruz a very large arrangement of flowers when she was representing the show at the Golden Globes. I don’t know if she’s going to watch the show, but if she did, she’d see that we treat her and her family with respect and kindness, and she really is a feminist role model in my book because she had to step into an impossible situation, which she did with grace and understanding.”

Donatella was quoted by The New York Times in 1999 as saying, “My relationship with Antonio is exactly as it was when Gianni was alive. I respected him as the boyfriend of my brother, but I never liked him as a person. So the relationship stayed the same.”

For his part, Édgar was diplomatic in his comments: “That’s one of the most interesting interactions in the story. The house of Versace had everything to do with that relationship. At times, it feels like a Greek tragedy. Also, the way it’s written and told, it feels almost like ‘The Borgias.’ It has a very classic element, which has to do with the cultural component.

“Gianni and Donatella were very close. They completed each other in many aspects. The first woman Gianni ever made dresses for was his little sister. She was his muse in many ways and, at the same time, she was his wild side.

“The house of Versace is a result of their interaction together. Gianni was at the center, but it was a family business. It’s a very Italian and Latin thing to have a family business for generations, for better and for worse.

“Because there is no one that you can trust more than your family. At the same time, you’re talking about business, so it always gets complicated. It’s a very endearing, intense, high-voltage relationship. But, there was a lot of love. For Gianni, family was a priority, and it was very important.”