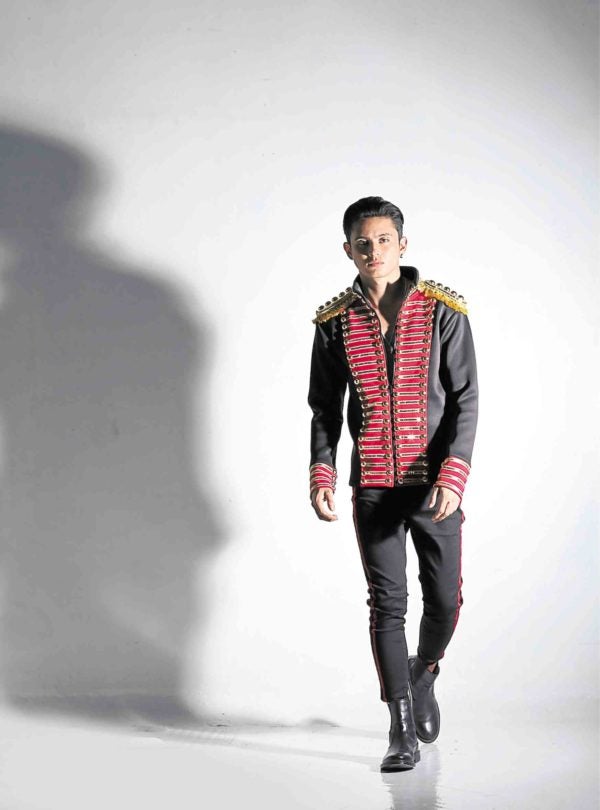 Some time back, James Reid received an offer to go to New York for a music project and “sign with someone there.” He turned it down.

If he were to make a name for himself as a recording artist, he said he would rather grow his roots first in the Philippines.

“I want my music to come out here—I want to represent the country. My goal is to contribute to our local industry by coming up with something we can be proud of,” James told the Inquirer in a recent interview.

The first step toward realizing that goal was releasing his third studio album, “Palm Dreams,” which—for the first time—saw James taking the reins of the creative process.

He penned the lyrics and melodies of the record’s nine tracks, which he coproduced with his musician friend Paulo Tiongson.

The result was a marked departure from the catchy, pop-R&B sensibilities of his previous album, “Reid Alert,” which was written by Thyro Alfaro and Yumi Lacsamana.

While “Reid Alert” compels one to sing and dance along, “Palm Dreams,” sets a sensual mood with ambient synths and subdued electro-laden R&B beats—elements that have become de rigueur in pop music.

“Thyro and Yumi are two of the country’s best songwriters today. However, the fact that ‘Palm Dreams’ came from myself makes me so much happier, especially since it has been accepted by many fans,” said James, adding that he feels that the “sexy R&B” music fits him best.

“I enjoy it, and that’s what comes out naturally to me,” said the 24-year-old actor-singer.

The vibe of the record is reflected by the album art and the aesthetic of its accompanying music videos. “I believe the visuals go hand-in-hand with the music. It’s an important aspect, especially these days. The album cover caught the attention of people, which in turn, helped draw interest to the songs themselves,” he pointed out.

Viva Entertainment, the company that manages James’ career and produced his first two albums, has its own vision and creative direction when it comes to his music.

But bent on crafting songs he can call his own, he urged Viva’s top executive, Vic del Rosario Jr., to take a chance on him and his own label, Careless Music Manila.

“It’s rare for them to let their artists do their own thing completely. So, I told Boss Vic that I will make the album first, then he can decide if he wants to release it,” he related. “I did it with my own money. I presented it to him when it was done, and he loved it.”

“I’m thankful for the creative freedom he gave me,” he said.

“I want to get more artists in the future, produce music for them and help them get recognized. We have so much talent here, and it’s crazy we’re not bigger than we are now,” said James, who sees himself gunning for the Asian music market once he feels he’s established enough in the Philippines.

James’ coming Valentine gig with Nadine at Smart Araneta Coliseum, “Revolution,” was initially planned as a solo concert for him. But he balked at the idea, admitting that his discography is still isn’t extensive and bulletproof as he would like it to be.

“I felt I wasn’t ready. If I were to do a solo concert, I need to have a bigger repertoire, because I don’t want to end up just doing covers,” he said. “So, for now, I’m going to continue making new music.”