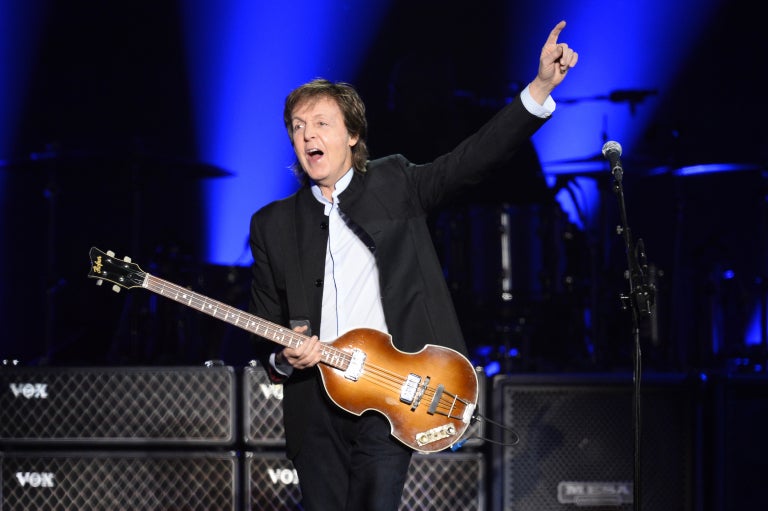 Paul McCartney has thrown his weight behind a bill that aims to stop the decline of live music venues. Image: Bertrand Guay / AFP

Pink Floyd drummer Nick Mason and folk singer Billy Bragg were among artists and politicians campaigning outside Britain’s parliament on Wednesday to save the country’s live music venues.

Around 35 percent of Britain’s live music venues have shut over the last decade, buffeted by gentrification, high rents and the changing music industry.

“You need that bottom rung of the ladder for any band or artist that wants to work live,” Mason told AFP, as he backed a parliamentary bill to try to arrest the decline.

“The best of the bands actually learned their trade playing small venues. You learn everything, technical things, stagecraft and you learn to interact with the audience.”

Beatles star Paul McCartney has also thrown his weight behind the bill, saying in a statement that “if we don’t support music at this level, then the future of music in general is in danger.”

The bill, proposed Wednesday by Labour MP John Spellar, would protect music venues from conflicts with local residents in new housing developments, one of the key issues threatening venues.

“It’s really important for the music industry, which is a big industry, and it’s part of Britain’s cultural offer to the world,” Spellar told AFP, adding the bill had cross-party support.

“There’s going to be quite a lot of pressure on government ministers to say ‘let’s do something popular for once’,” he added.

“Live music venues make an area attractive, they are part of the vibrancy. I want to maintain that vibrancy.”

Punk singer Feargal Sharkey and 1967 Eurovision winner Sandie Shaw were among the crowd of around 100 who gathered outside parliament, some of whom were waving placards reading “grass roots venues” and “#SaveLiveMusic”.

Britain’s music industry is worth £4 billion ($5.4 billion, 4.5 billion euros) per year, but artists fear that the dwindling number of live venues will starve aspiring rockers of vital opportunities and experience.

“If you are a musician these days the chances of making a living and making records is very slim, it’s very difficult,” singer and activist Bragg told AFP.

“There’s loads and loads of very good musicians out there who are trying to find some space in a hostile environment.

“I cut my teeth at a place called the Tunnel… in east London,” he added. “I learned how to be Billy Bragg.”

The demonstration was organized by music industry lobby group UK Music, whose chief executive Michael Dugher demanded that the government “get behind the legislation and help save the venues”.

Iconic venues to shut in recent years include London’s Astoria, the Cockpit in Leeds and Sheffield’s Boardwalk. AB

Eminem’s ‘Till I Collapse’ is Spotify’s top workout song